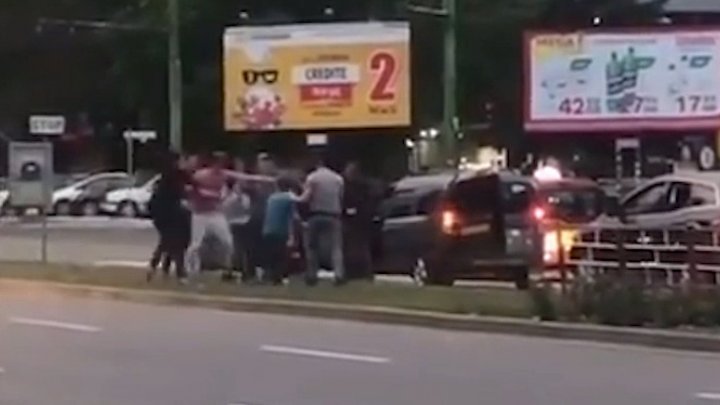 Several drivers have hit each other at a pedestrian crossing at the intersection of the Dacia - Independence streets, next to the No. 1 supermarket.

It all happened after a taxi driver stopped at pedestrian crossing, let walkers cross, but was hit by another unintentional driver in traffic.

The taxi driver got out of the car with a hammer in his hand, which caused the beating between the drivers.

Following the incident, traffic was stopped for longer.