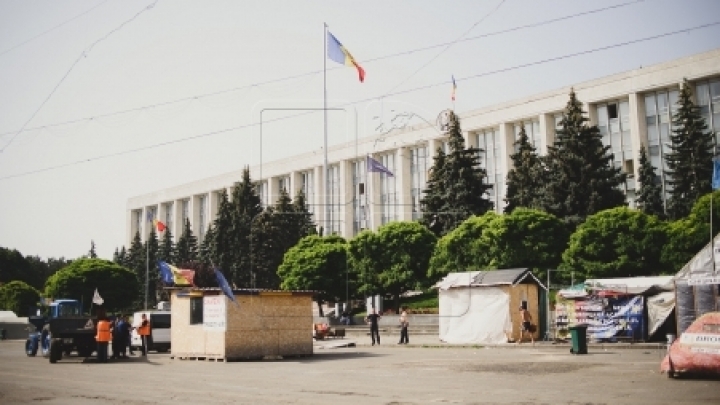 The Chisinau Court of Appeal has upheld the decision of the Ialoveni lower court ordering the Dignity and Truth Platform protesters to remove their tents from downtown Chisinau.

However the decision may be con tested at the Supreme Court of Justice.

PUBLIKA.MD reminder: Earlier the court from Ialoveni town considered the request of the Chisinau City Hall against the protesters.

That court ruled that the tents from the Great National Assembly Square must be removed, and that the Dignity and Truth Party of the fugitive gangsters Victor and Viorel Ţopa is not entitled to stage reunions there till August 28.

Earlier, the representatives of the Socialists Party and of the Partidul Nostru Party dismantled their tents in front of the Parliament building and went home. The due request of the Chisinau

City Hall was persuading enough for them. The local authorities repair the main avenue where the tents were placed.