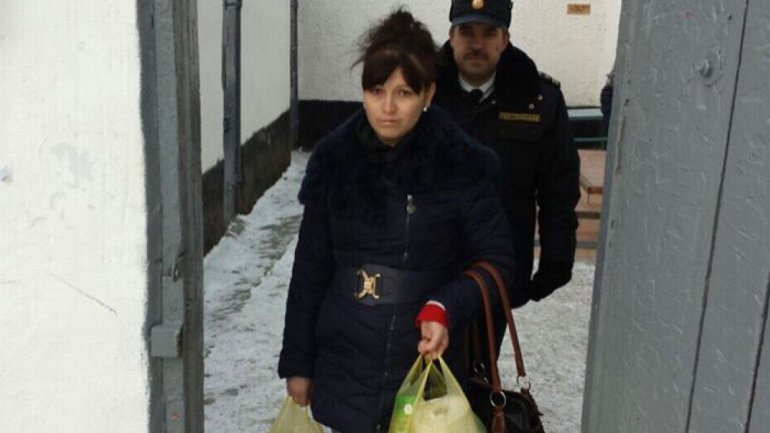 The Court of Appeal suspended the sentence for Victoria Pruteanu, the woman who stabbed and killed her husband for being beaten and mistreated. When her youngest daughter will turn eight years old, Victoria will return to prison to serve her sentence for minimum of three years and eight months.

Victoria's lawyer, however, said it would challenge the court's decision. The same court ruled that the social worker and police officer will be held accountable for not intervening promptly and effectively, writes canal2.md.

Victoria Pruteanu who takes care of five children, said she would go home to raise her children. Even if, after four years, she will return to face her sentence, she is pleased with the court's decision.

"Thank you for everybody who supported me, I'm happy that I will go home to my children, andsee them grow before my eyes." , said the woman.

Although initially prosecutors demanded a sentence of 12 years imprisonment for Victoria Pruteanu at the last meeting of the Court of Appeal, they called for a minimum sentence.

"We insist on her being innocent. She pleads innocent. We expect to understand the reasons of the basis of the decision" , said lawyer Vadim Vieru.

Publika.MD recalls that Victoria Pruteanu was sent to jail after stabbing her husband, after being beaten and threatened by the man.  In January this year she was sentenced to three years and eight months in prison. Following public pressure arising after media coverage of this case, the woman was released and placed under house arrest.