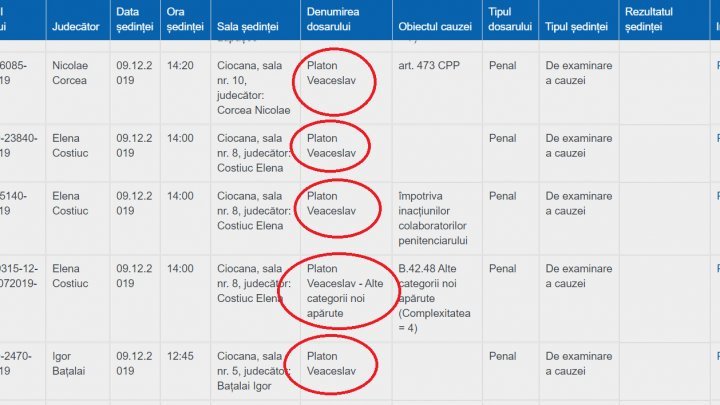 A new courting hearing takes place today in the case of Veaceslav Platon, nicknamed "raider No. 1 in the CIS". According to the court's portal, the magistrates are meeting to carry on the hearing put off on December 4. The object of the case is "the administration of Penitentiary no.13 is obliged to ensure access to the meeting".

On the same portal, we find that there will be eight more court hearings in the Platon case at the Chisinau District Court by the end of December. 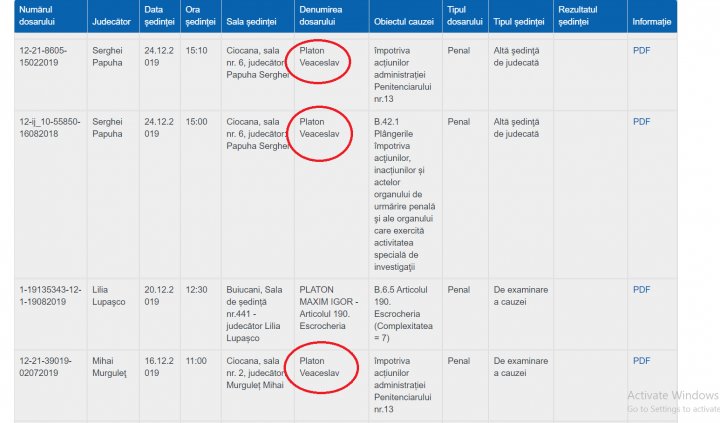 In the meantime, the Veaceslav Platon case will also be examined at the Supreme Court of Justice. For instance, on the Plenary Sessions Agenda of the Justice Supreme Court will be examined "Admissibility of the appeal in annulment". 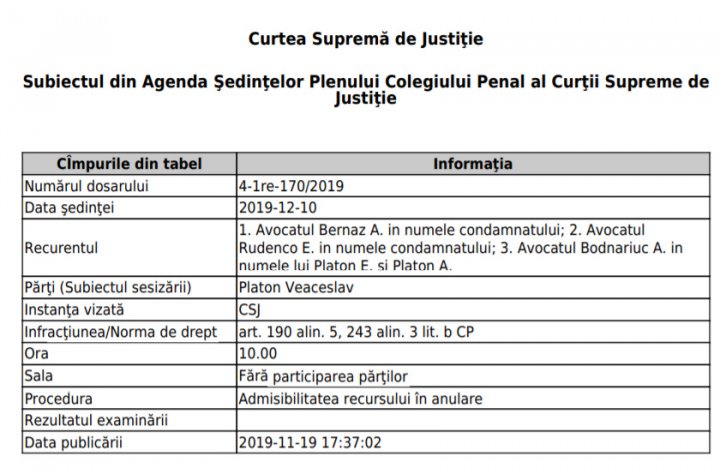 And on December 12, 2019, the Criminal College of Supreme Court of Justice will pronounce the decision motivated from the meeting on November 29. 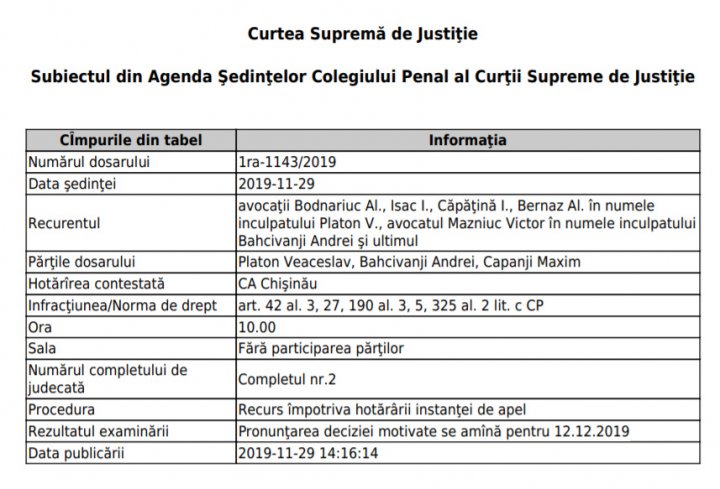 Platon's lawyer announced that his sentence was requested to be reduced over a thousand days. The statement was made on a private TV.

The newsin.md portal writes that the Kiev court's decision just reinforced the fact that Platon's money eventually bears fruit. Journalists recall that previously former deputy head of the CNA's Money Laundering and Prevention Service, Mihail Gofman, stated that Platon had exchanged $ 10 million with the former government for his release from prison. The first step in this respect was the illegality of his extradition declared by the Kiev court.