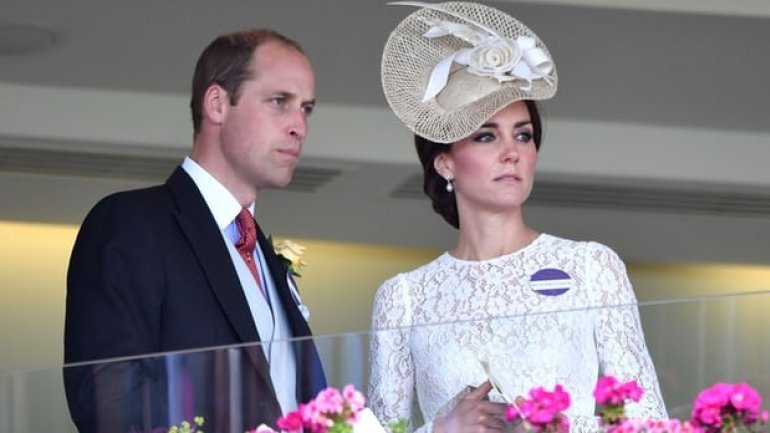 Photographs of a topless Duchess of Cambridge taken by paparazzi while she was on holiday in France were an invasion of privacy, a court has ruled.

Just 24 hours after the announcement that Kate and Prince William were expecting their third child, the court in Nanterre, west of Paris, delivered its verdict on the five-year-old case. 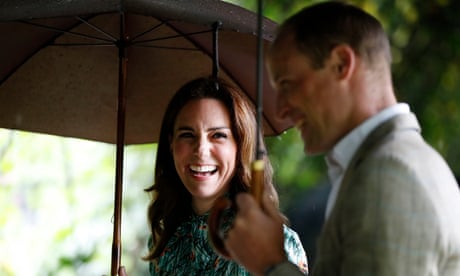 The court awarded the royal couple €100,000 in damages and interests, to be paid by the glossy magazine Closer and two photographers. The magazine’s editor and the CEO of its publisher were fined a further €45,000 each - the maximum allowed. The awards, while high for a French court, are considerably lower than the €1.5m the couple’s legal team had demanded.

Six people, including three photographers, were tried earlier this year after long-lens pictures of the couple on holiday in France were published in the French celebrity magazine and a local newspaper, La Provence.

The photographs were taken in the summer of 2012 and show the royal couple on a terrace by a swimming pool at a private chateau owned by Viscount Linley, the Queen’s nephew, in the Luberon, Provence.

Splashed across the cover of Closer under the headline: “Oh My God [in English]: the photos that will go around the world,” the photos show the duchess wearing only the bottom half of her bikini. There were more topless photographs on the inside pages.

A week before the Closer pictures were published, La Provence carried a photograph of Kate in the same property wearing a swimsuit.

After Closer hit the newsstands, the couple were granted an immediate injunction preventing the photos being used elsewhere, but they still appeared in several European publications.

Their lawyers asked that Closer be ordered to pay €1.5m (£1.4m) in damages and compensation for the “shock” of seeing the paparazzi photographs printed, and a further €50,000 from La Provence.

In a letter to the court – read by the couple’s lawyer, Jean Veil, at a hearing in May – William wrote that the case was “particularly shocking because it reminded us of the harassment that led to the death of my mother, Diana, Princess of Wales”.

She was killed in a car accident in August 1997 while being chased through a Paris underpass by photographers. Her boyfriend, Dodi Fayed, and the car’s driver, Henri Paul, who had been drinking, were also killed. 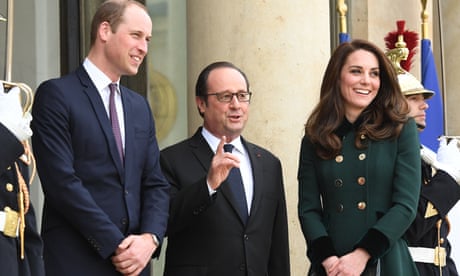 In his declaration, the duke said: “In September 2012, my wife and I thought that we could go to France for a few days in a secluded villa owned by a member of my family, and thus enjoy our privacy. We know France and the French and we know that they are, in principle, respectful of private life, including that of their guests. The clandestine way in which these photographs were taken was particularly shocking to us as it breached our privacy.”

St James’s Palace issued a statement at the time describing the incident as being “reminiscent of the worst excesses of the press and paparazzi during the life of Diana, Princess of Wales”.

The public prosecutor had also asked for “very significant” fines for Closer’s editor, Laurence Pieau, Ernesto Mauri – the CEO of publisher Mondadori – and two Paris picture agency photographers, Cyril Moreau and Dominique Jacovides, suspected of having taken the shots. The pair, along with Valerie Suau from La Provence, faced charges for of invading or being complicit to an invasion of William and Kate’s privacy.

Moreau and Jacovides, who denied the charges, were each fined €10,000, of which half was suspended. Suau was given a €1,000 suspended fine and the newspaper director at the time the pictures were published, Marc Auburtin, was given a €1,500 suspended fine. Auburtin and Suau were jointly ordered to pay €3,000 damages to the couple.

Suau admitted taking photographs of the royal couple at the Linley property, but said she did not consider them to be a breach of privacy.

French courts do not usually make large awards in such cases. Former president François Hollande’s partner, Julie Gayet, was awarded €15,000 after Closer published pictures of them, and Florian Philippot, a vice-president of the far-right Front National, received a €20,000 award for the publication of photos of him with another man, said to be his partner.

During the May hearing, Closer’s lawyer, Paul-Albert Iweins attacked the “Anglo-Saxon reasoning behind punitive damages and compensation” and said the trial was hypocritical.

“The public and private lives of the royal couple are so closely linked as to be inseparable,” Iweins said, adding that the photographs cast the young couple in a positive light.

“It’s of public interest to know that future heirs to the throne have a solid relationship and are getting on well. It’s all part of the royal business,” he said.

Closer is owned by the Italian-based Mondadori Group, one of the biggest publishing companies in Europe, which owns several high-profile glossy magazines including Grazia.