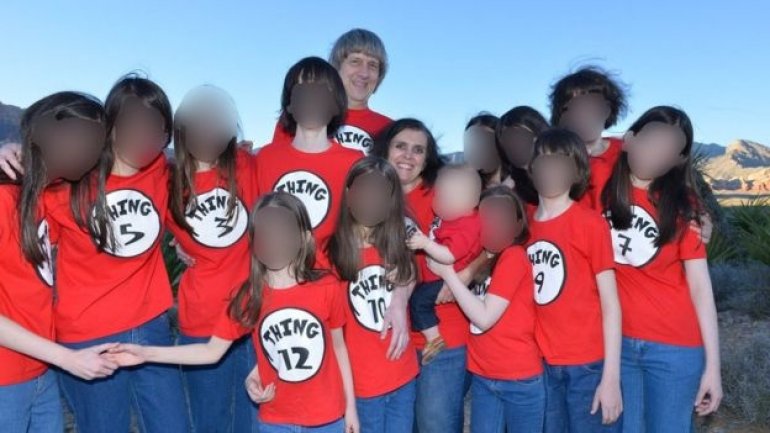 Two parents have been arrested in California after police found they allegedly kept their 13 children captive at home, some "shackled to their beds with chains and padlocks".

David Allen Turpin, 57, and Louise Anna Turpin, 49, were held on charges of torture and child endangerment.

Officers were alerted by one of the victims, a 17-year-old girl.

The girl - who appeared to be "only 10 years old and slightly emaciated" - on Sunday managed to escape and call the emergency number using a mobile phone found inside the house, the Riverside Sheriff's Department said in a statement.

Police officers later found "several children shackled to their beds with chains and padlocks in dark and foul-smelling surroundings".

But the parents were unable to immediately provide a logical reason why their children were restrained in that manner, the police said.

The officers were "shocked" to discover that seven of those held in the house were actually adults aged between 18 and 29.

"The victims appeared to be malnourished and very dirty," the police said.

All the victims are now being treated in local hospitals.

The head of one of the hospitals, Mark Uffer, told Reuters news agency: "It's actually heartbreaking for the staff and it's unbelievable what you see."