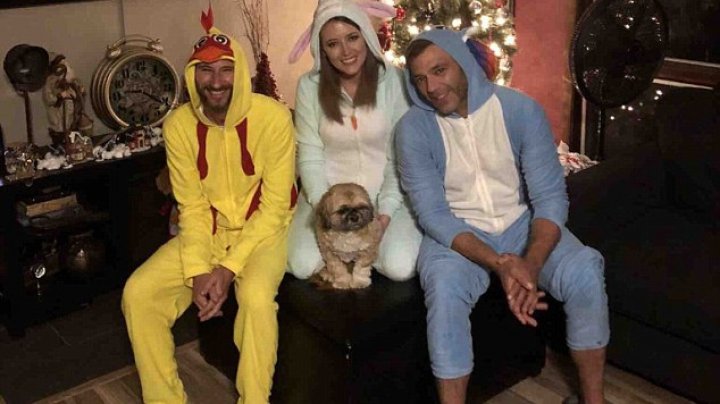 A couple accused of stealing some of the $400,000 the public raised for a homeless man have been told they must hand the money over.

Katie McClure and Mark D'Amico set up a GoFundMe page to raise cash for Johnny Bobbitt, 35, after the homeless man used his last $20 on gas for McClure.

The New Jersey couple have now given back all the funds to their lawyer, who has placed the funds into an escrow account as the case continues.

The judge also ordered McClure and D’Amico to show where the money was spent.

The couple originally set out to raise $10,000 for Bobbitt but that target was quickly surpassed.

But they withheld most of the funds from Bobbit because they said he was spending it all on drugs.

The homeless veteran then filed a lawsuit to stop the couple from spending what remains of the money.

During an appearance on the Megyn Kelly Today show Monday, they explained that they had initially put the money in their own bank account temporarily because Bobbitt didn't have one of his own - and had no ID or documentation to get one.

'We worked to get him all those things. That's takes so much time,' McClure said.

Meanwhile, the couple used the funds to buy Bobbitt a trailer, that he picked out, after he told them he didn't want a house.

'His dream - one of the first conversations I had with him was what he wanted,' said D'Amico.

'You can do anything you want in the world. You won the lottery, basically. I asked him what his dream was, he said to end up in Alaska in a travel trailer and living off the land and fishin hunting. I said, let's do it.'

They even allowed him to keep the trailer on the McClure property while they sorted out his paperwork, and he'd used their home to shower, and would walk in whenever he liked.

Eventually, the documents came through and they set up a bank account for Bobbitt, but by this time, D'Amico said they'd started to notice some 'red flags'.

'We saw the pattern developing. Every dollar he ever touched was used for drugs,' D'Amico said.

McClure said they tried to get Bobbitt to go to a rehab program but when he refused, they were worried to hand over the rest of the cash because they feared 'he was going to do something foolish and end up right back where he was.'