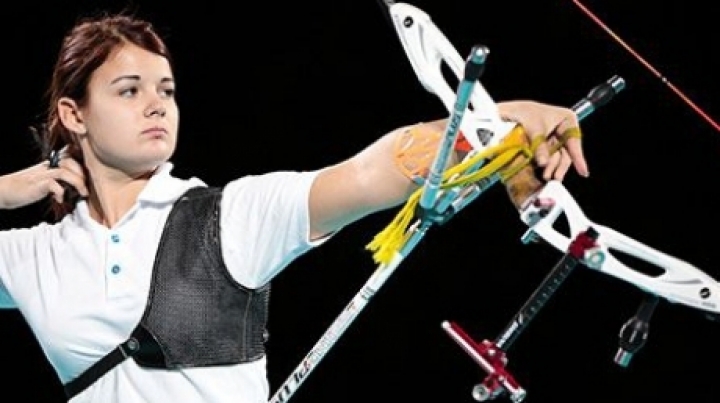 Alexandra Mîrca country's first representative who will compete at the Olympics in Rio de Janeiro. She will compete tonight in women's archery.

"I disagree with the quote that participation is most importatnt. For me the most important thing is to get the result for which I trained. Asians are very strong in this sport. Certainly will be hard to fight with representatives of Korea, China and Japan. But I am ready too and I hope to get the desired result" , said Alexandra.

Mîrca started practicing this sport at 14-year-old from a mere accident: "Two good friends of mine were practicing archery. I was visiting them one evening and saw them on TV . I was then 14-year-old at the time and I said to my mother that I want to shoot myself and appear on the TV. However later I startedarchery and enjoyed it for a long time."

When she was at her first training, Alexandra did not even thought she would arrive sometime to participate in the biggest sporting event of the contemporary,the Olympic Games.

"I was too small and was not thinking about competition from large scale. I practiced archery for fun. Later, I began succeeding more and more. This is my merit and my coach's merit" ,  said Alexandra.

Before taking the bow in her hands, Alexandra Mirca practiced a dance sport: "I danced for a while. Then my coach left and I started  archery. I practiced almost 2 years sporting dances, including hip-hop. The dances means music and movement, while the archery must always be focused, you always have to train. "

Alexandra is 22-year-old. In 2016 she obtained the highest efficiency of her career. Besides the Olympic qualification Mîrca made headlines in the international arena, along with Dan Olaru.

The two became European champions in mixed doubles, and previously won the Grand Prix of Bulgaria.