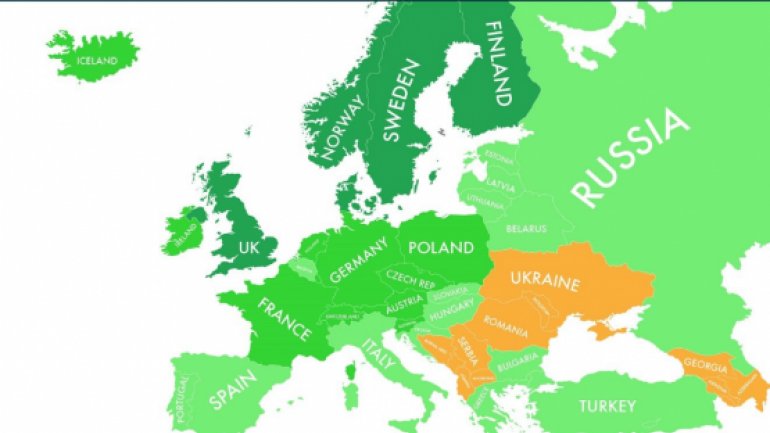 The leaders of 150 nations, along with thousands of representatives of nearly 200 countries, meet in Paris for the 20th time to try and come up with a master plan to stave off the global catastrophe ahead. Scientists have known for decades that the problem on our generation's hands is serious, but recent reports find that even those dire warnings likely underestimated the scope of the issue.

The folks at Eco Experts put together a great info-graphic in June based on data from the Notre Dame Global Adaptation (ND-Gain) Index, an annual ranking of which countries are best poised to adapt to a warming world.

The map is based on rankings, not comprehensive evaluations of each country. In other words, the best-ranked countries are only as great as they seem compared against the countries that aren't performing so well.

As we can see in the maps above, Moldova falls under the orange color, which means that we are in grave danger.

You can read more at Independent