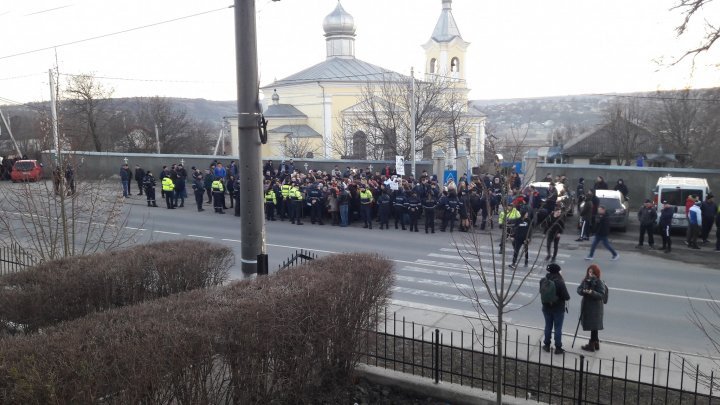 Dozens of residents from Costesti village protested today in front of the Ialoveni Police Inspectorate. People demanded justice in the case of the 21-year-old, who was beaten to death on the New Year' Eve.

Relatives and friends of the young man say that the police would try to overlook the case.

"He was a good boy to the soul. He supported the whole family and now they are left without support. Grandma is over 81 years old and it is very difficult."

"We want justice. There was a crime. Look at how many people rallying here, who have complaints that there is no justice".

The head of the Ialoveni Police Inspectorate, Pavel Damaschin, said the case was under investigated and there was no outsider intervention. He insisted a thorough investigation was underway already.

Interior Minister Pavel Voicu announced last Friday that he had been monitoring this investigation's progress.

Dumitru Jovmir was beaten to death in a fight with some people on the New Year's Eve. The victim died at the Emergency Hospital in Chisinau on January 5.

The people in the law have two suspects in this case. It is about a 16-year-old and a 21-year-old, who has been in the police's eyes for several years as he has 6 criminal records.

Both suspects have been remanded in custody for 30 days and are accused of serious bodily injury resulting in death, for which they can face up to 15 years in prison. The two are still under investigation for hooliganism.