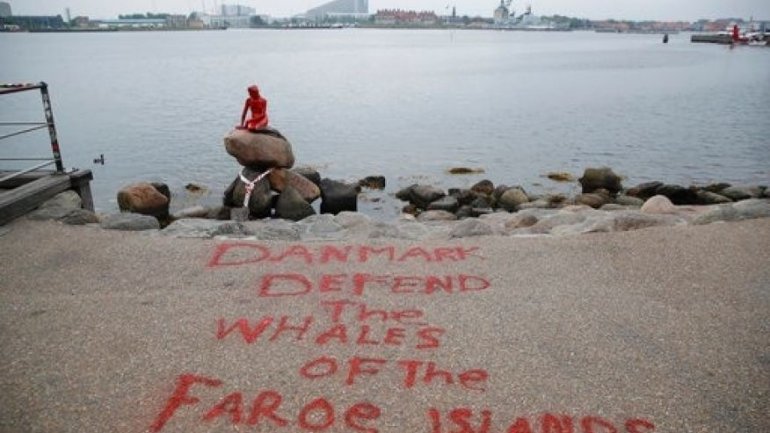 On the ground in front of the statue was written in red, in English, "Denmark defend the whales of the Faeroe Islands" -- likely a reference to the hunting of pilot whales in the North Atlantic islands during the summer months, Danish media say.

Authorities on the Faeroe Islands allow islanders to drive herds of pilot whales into shallow waters, where they are stabbed to death. The meat and blubber are shared afterward in the non-commercial slaughter, a practice that dates from the late 16th century. The whales are not an endangered species.

Island officials say that the pilot whale population in the eastern North Atlantic is abundant with about 778,000 whales, with approximately 100,000 around the Faroe Islands. Islanders hunt and kill on average 800 pilot whales each year.