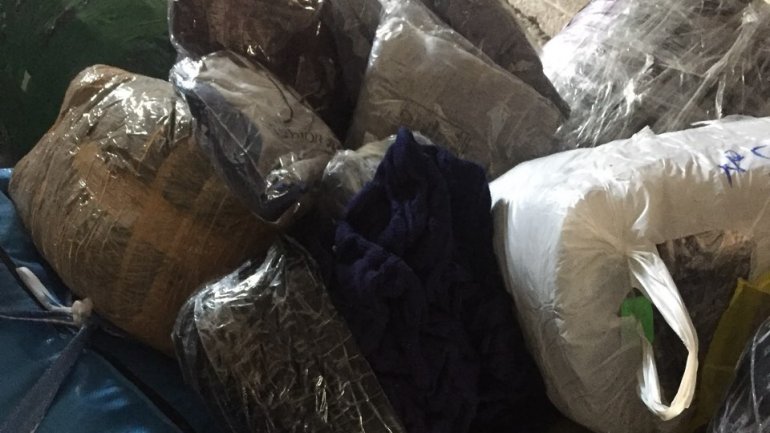 Boarder Officers have managed to discover and annihilate a contraband plan with high consumption products, meant to enter Moldova from Transnistria, after avoid all main internal custom points. According to the source, the goods were purchased from "KM 7" market in Odessa, being afterward handed out for sale in the Capital.

The activity was supervised by law enforcement for a month, a time where they managed to gain enough evidence to lead them to understand how the contraband was brought in Moldova and where it was kept.

Two citizens from Hâncești are being investigated in this case, after being caught red-handed while distributing the goods.

They were taken into custody yesterday, 6th September, in a storage the men rented. The officers manage to also discover various clothing articles estimating to 1 million lei.

The suspects were detained for 72 hours and if found guilty risk 10 years of jail time.