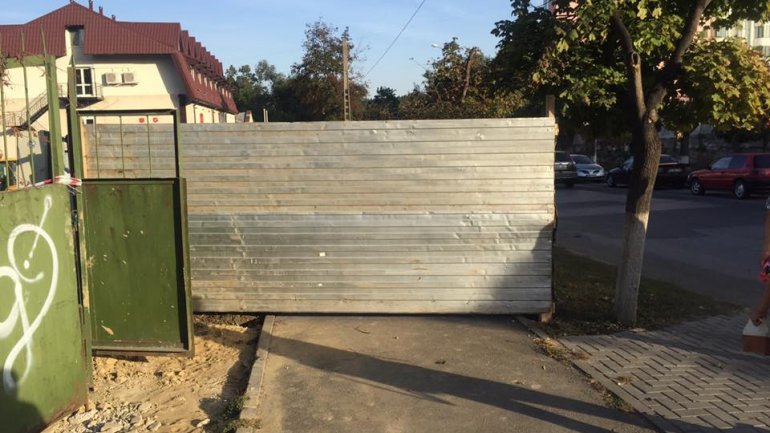 After displeasing nearby residents, by starting to build a new apartment block in place of a public bath house on Grigore Alexandrescu Street, now they took over the pavement.

After the construction works begun, the nearby residents were made to walk the on the street, with a chance of being hit by a car, in order to pass a part of the road.

Multiple pictures were posted on social networks to show their displeasure of the process.

In August of this year, a construction company received a permit to take down and to bring up another building, of at most 10 floors.

Representatives from the Center for Architecture, Urbanism and Infrastructure of Chisinau stated that the company has all the necessary documents to perform the work, everything is fully legal.