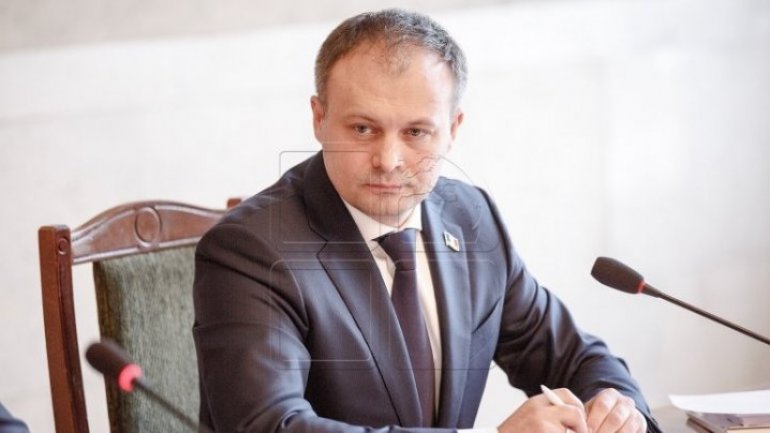 EU integration is the priority for Moldovan governance, moreover, the Constitution amendment is indispensable for European vector. The statement was made by Parliament president Andrian Candu in the Prime TV's show, Replica.

If the Supreme Law is modified, citizens will be guaranteed that this strategic orientation will not be diverted, the head of the legislature says.

Parliament Speaker Andrian Candu says that citizens will feel the positive effects of the amendment shortly after it comes into force.

"The constitution will direct our authorities and institutions. The amendment will, firstly, ensure and guarantee all the actions oriented to European integration", said Andrian Candu, Parliament Speaker.

Andrian Candu believes that pro-European parties should support the draft amendment to the Supreme Law. Refusing to vote would be an irresponsible gesture and would raise many questions.

The President of Parliament noted that the financial assistance provided by the European Union had brought many benefits to the Republic of Moldova. This is because, on the basis of these resources, it enabled the reform regarding key institutions of the state.

"We do not make those reforms just because they are demanded by the European Union or by the IMF, they are made to bring benefits.

"Customs reform and tax reform have given us almost 30 per cent increase in revenues.

"The police and justice system reform ensures a better protection of human rights, lower criminal rate and increased respect for law enforcement, regardless if they serve on sectors or at the Ministry of Internal Affairs" Andrian Candu declared.