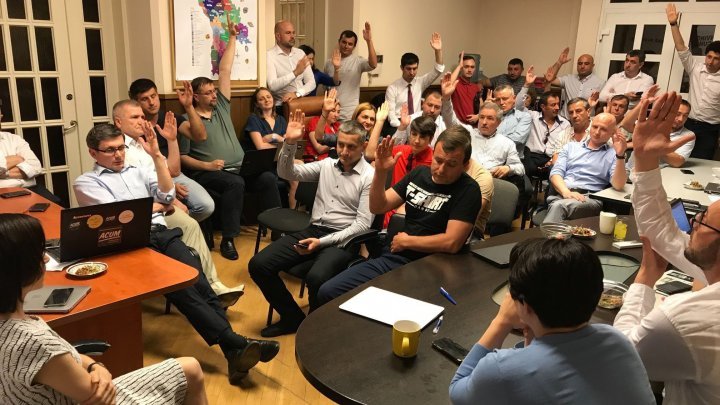 In 2003, Republic of Moldova escaped from the criminal federalization through 'Kozak Memorandum', that could lead to Transnistrialization of the entire state and transformation of it into a Russian colony. 16 years later, the same Kremlin emissary forced Chisinau with a ferocious consistency, a new type of Memorandum. Just as villainous as the previous one', declared the Popular Movement of the Romanian Parliament Party deputy, Constantin Codreanu.

He claims to not understand PAS's decision to accept PSRM conditions.

'How it is possible to to vote such a hateful person as Zinaida Greceanii, the one threatening with open fire on young protesters on April 2009 with the communist Voronin beside and to create the 'Twitter Revolution' phenomenon. It seems some are bad at geography and political science if they see the way to European Union through Moscow', underlined the deputy.

He also is warning about the fact that 'a compromise never comes alone'.

'Making a compromise with those that present a big threat to Moldova and for the entire Romanian space cannot bring any benefit for being a politician nor for citizens or the state that you want to lead. The yesterday's PAS vote for Greceanii, the Moscow marionette's colleague Igor Dodon, shows a lack of vision and an egoist political manner. It's a step to a national betrayal', concluded Constantin Codreanu.