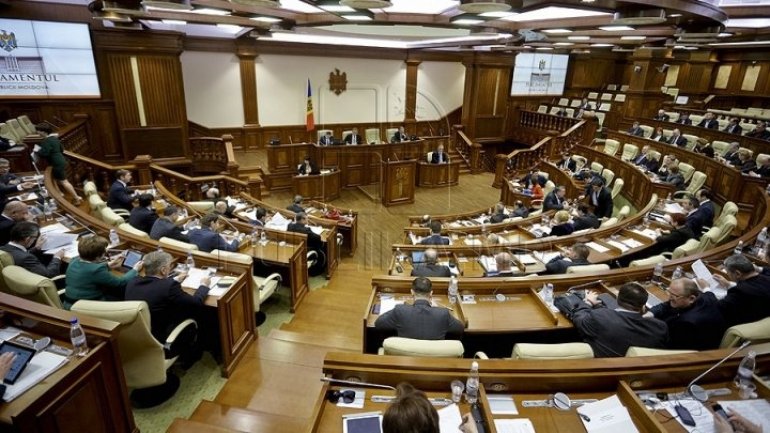 Working group on Consitution modification to indicate European Integration as Moldova strategic orientation has been approved in Parliament.

Accordingly, the elaboration of amendment will be participated by Democratics Raisa Apolschi and Sergiu Sîrbu, members of European People's Party Eugen Carpov and Mihaela Spatari as well as other independent experts.

"Orientation towards Europe is part of consitutional foundation of Moldova. Promoting this integration consistently and irreversibly will ensure the further development of our country", said Andrian Candu, Parliament Speaker.

The subject has triggered heated discussions, which lasted for over an hour.

"The notion of European integration is of a purely social nature as well as social-political character. Which side do you want to stick to this concept in the Constitution? This is the development path of Moldova", PCRM deputy Vladimir Voronin said.

"I want to thank President Voronin! You were in government in 2005 and you signed and issued the action plan Republic of Moldova - European Union. There is no better model of development at present ," concluded Andrian Candu.

"Moldova is not ready," mentioned Voronin.

The Liberals have not supported the project, although they favor the European integration.

The Socialists were, however, more tranquil.

"The search for this model is the most important issue today for the Republic of Moldova. It has to be submitted to the referendum," said Vladimir Ţurcan, deputy PSRM.

"Do not use the referendum idea as an icon on the wall. In 2010, before the referendum in September, 90 percent, if I'm not mistaken, of the country's pro-change or return to the direct election of the head of state, and when a a referendum on the subject, 30 percent did not even come and participate, "said PDM faction member Marian Lupu.

"The absolute majority admit that European integration has benefited Moldovan citizens and it helps to increase the welfare of our citizens and that is what we want," concluded Valeriu Ghileţchi, the president of the European People's Parliamentary Group.

The Working Group will have 45 days to develop the best formula for amending the Supreme Law.