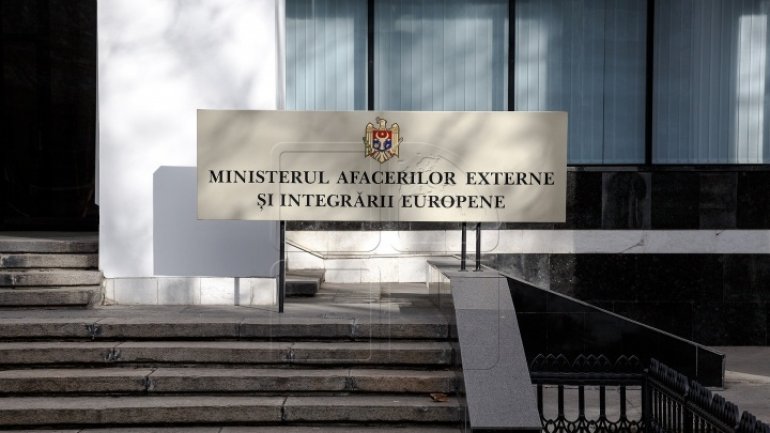 Chisinau authorities did not overlook the abusive actions of the Russian officials on Moldova and our government responded appropriately.

Some attachés at the Russian Embassy were expelled for various reasons, and the Parliament formally asked Moscow to withdraw its army from Moldova. Until now, Moscow has not taken any attitude to those requests by Chisinau.

At the beginning of March, Parliament Speaker Andrian Candu and Prime Minister Pavel Filip summoned Russian Ambassador to Chisinau, Farit Muhamedşin, for presenting a protest note regarding abusive actions by Russian special services to Moldovan dignitaries . Officials were stopped at the entrance to the Russian Federation, interrogated, searched and humiliated.

And at the end of May, five Russian diplomats were declared persona non grata in Moldova at the recommendation of the Intelligence and Security Service.

According to the Russian press, among them were Alexander Grudin, known after the detention of deputy Iurie Bolboceanu accused of espionage and betrayal, as well as Russia's military attaché, Igor Dovbnea. He participated in the ceremony organized by the separatist administration at the Memorial of Military Glory, at 15 years anniversary of the Dniester War.

Another person expelled was Rinat Anderjanov, known after being drunk while driving a car with diplomatic numbers and was to hit two people last summer.

Regarding Russian troops on Moldovan territory, Parliament has adopted a statement requesting Russia to withdraw soldiers and weapons from our country.

According to the document, the stationing of Russian troops is contrary to the Constitution, but also to international law. In this way, the independence, sovereignty and territorial integrity of the country is violated.

At the same time, the legislators invited mediators and observers in the process of settling the Transnistrian conflict to initiate talks to transform the current peacekeeping mission into a civilian, international mandate. The authorities in Chisinau have demanded that the subject of the withdrawal of Russian troops from Moldova to be discussed at the General Assembly of the United Nations.

On 2 August, Russian Deputy Prime Minister Dmitri Rogozin was declared an undesirable person on the territory of Moldova.

The proposal came from the Foreign Ministry, who noted that the Russian official had made several defamatory statements to our country. Rogozin intended to attend the ceremony dedicated to the 25 years since the beginning of the peacekeeping operation in the Nistru organized by the separatist authorities.

A few days before, Russian deputy Pavel Sperov and a group of artists from Moscow were banned from entering Moldova. According to representatives of the Border Police, the Russian deputy and artists did not meet the necessary conditions to cross the border and could not justify the purpose of the visit.