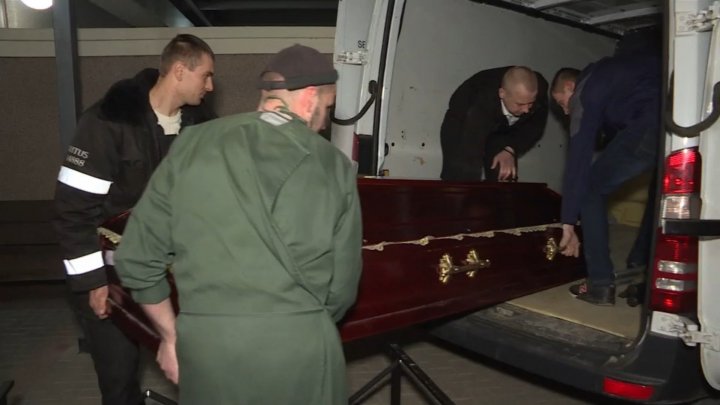 The inanimate bodies of three Moldovans killed in accident in Ukraine have been brought home. Their relatives were in Chisinau to take their loved ones.

Mihaela Bârcă is the sister of dead woman on her way to Moscow. The woman recalls her memory about the tragedy.

"The driver called me and started crying and said it was true. I began crying loudly. I didn't know where to go", said the victim's sister, Mihaela Bârcă.

According to her, the young woman went work with her boyfriend. They wanted to earn money for their wedding. Her fiancé was injured but refused hospitalization.

The second victim, 26-year-old man from Ungheni, went to work in the Russian Capital. He left behind a child and a grieving wife.

According to the press officer of the General Inspectorate for Emergency Situations, the inanimate bodies of the Moldovans were accompanied to the border by our rescuers who remained in Ukraine to monitor the situation of the injured.

"All the procedures for the repatriation of the inanimate bodies were carried out by IGSU employees, together with the consular service, so that this evening the relatives could take them home and organize the funeral procedures," said the IGSU press officer, Liliana Puşcaşu.

According to the saviors, it will take months for the injured to go home. Premier Pavel Filip announced that the Government will fully cover the expenses in this respect. The accident occurred on Friday at the entrance to Viniţa. The minibus with 12 Moldovans aboard hit a truck violently.