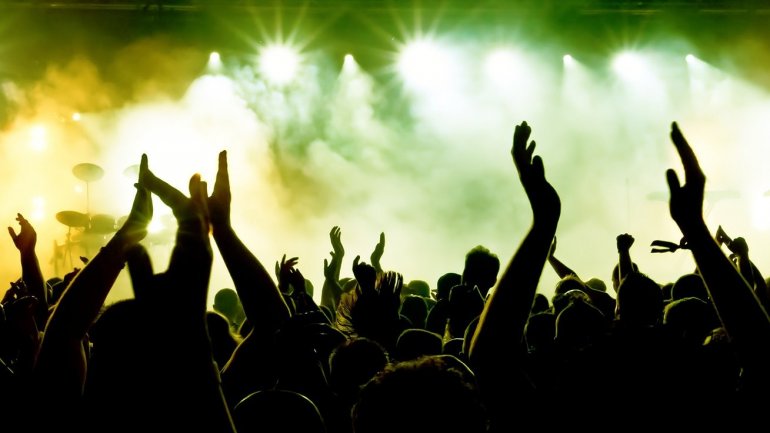 Another step in the fight against domestic violence. Several local and abroad singers have repeatedly sent a message of solidarity and support to victims of violence in a charity concert held last night in the capital.

The "Edelweiss" Foundation of Vlad Plahotniuc has organized a charity concert and participants in the event have collected money for a social center from Ciuciuleni village, Hincesti district.

A contribution of 100,000 lei was donated by Vlad Plahotniuc's "Edelweiss" Foundation.

"I hope all good things done by the "Edelweiss" Foundation will bring much joy and goodness as we have received through this gift" , said the representative of the social centre, Valentina Geamana.

Musicians from "Chisinau Youth Orchestra" have performed on the state of the National Philarmonic along with several local performers. People have worn purple ribbon on their chest as a international symbol of fight against violence.

"Such a nice event, men and women have shown that all together we can change the world for the better" , said singer Olia Tira.

"I believe that women should be supported in any developed society, because they are the ones that rise future generations" , said singer, Elena Jevelea.

The singer and songwriter, Paula Seling was the surprise of the evening under the "Say No to violence" campaign.

"I think I'm one of those people who are totally against violence of any kind and it seems natural to be here today, because everyone has the right to be at peace" , said singer and songwriter in Romania Paula Seling.

Spectators say they have felt only beautiful emotions.

"It was a very nice and pleasant evening."

The social center  from Ciuciuleni village, Hincesti district has opened its doors earlier this year, and so far, over 30 victims of domestic violence received psychological counseling.

The campaign "Say No to Violence" is conducted nationwide since August.