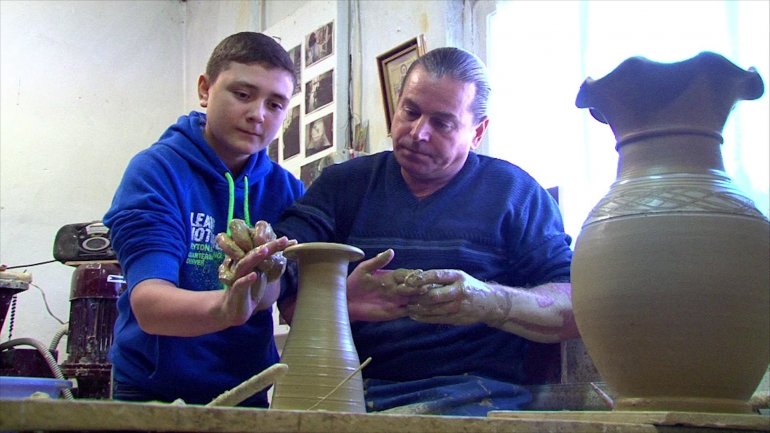 A concert in support of Vasilică Gonceari, the most Moldovan potter's son who is fighting against cancer, was organized last night in the National symphony hall Serghei Lunchevici in the capital. The concert was attended by famous artists Iurie Sadovnic, Nelly Ciobanu and Lenuţa Gheorghiţă.

Artists hope that donated money will help Vaslica pass the treatment and return home as soon as possible.

"It's not usual concert. You don't feel money-related subjects there. There was only friendship, support, love between us," said interpreter Iurie Sadovnic.

"He's good boy, everybody only hope he'll overcome the sickness and feel better soon. We gather our hands to try to reach enough support for him", said Lenuţa Gheorghita.

"It's wonderful to help someone. Vasilica deserves to live on, he is a young man with bright future ahead and we support him with everything we can, "said Nelly Ciobanu.

Audience came to the concert and wanted to transmit to Vasilică power and good thoughts.

"We want to help this smart little boy."

"He wants to follow his father's steps, we want to support him very much".

"He's in progress, the tumor has to be killed in all ways, it's been stopped. It only needs to be eliminated. The concert really plays an important role in supporting him", said father of

For two months, Vasilică Gonceari, who's only 13 years old but suffers from a serious cancer. He's in a private clinic in Turkey. He followed a course of chemotherapy and feels better now. In order to defeat the disease, the Gonceari family needs 100,000 dollars.