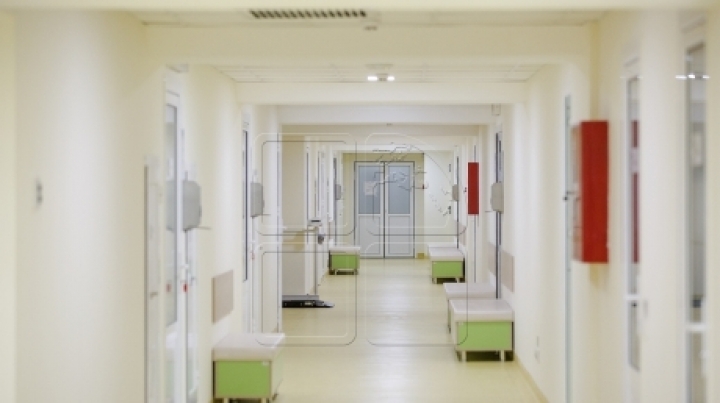 A very complicated surgery spine was performed in Chisinau. The patient is a 9-year-old child, which was operated by a group of doctors from Russia, Germany and Moldova. The operation requires correction of the spine by means of the revolutionary implant to be adjusted with the growth of the organism.

Installing implants in the spine is a complicated operation, which usually is done to adults or children older than 12 years.

"It is a device that allows the child to grow and doesn't affect his height. When he grows up, we will carry out the final operation" , said vertebrology surgeon Alexandr Laka.

"It is the only system that allows not wearinga corset after surgery. Also, it doesn't require intervention at every stage of growth, this is the most important detail. The operation takes about two hours and there is very little blood loss" , said vertebrology surgeon, Muahamad Sampiev.

This revolutionary system was brought from Germany.

"In Germany these operations are quite expensive, between 40 and 50 thousand euros" , said orthopedic surgeon, Dominik Kaiser.

The child benefited from a free operation thanks to a charitable organization. The intervention was carried out at the Republican Hospital, where there is room equipped with necessary equipment.

"It is the only room in Moldova where this operation is possible. A contemporary operating room as the surgery. Patient's ok, hopefully track to get us" , said Deputy Director of the Republican Clinic Hospital, Aurel Bodiu.

The patient suffers from cerebral palsy and is waiting to be operated from the age of four.

"I waited a long time for the operation. They told us that the age doesn't match. Now that the boy is 9-year-old, we were allowed to do so. And we wait for the second one, to fully recover" , said the boy's father, Roman Zanoza.

The boy will remain under medical supervision for several months and the final operation will be made in 5 years. Two years ago, a 10-year-old child has undergone similar surgery.