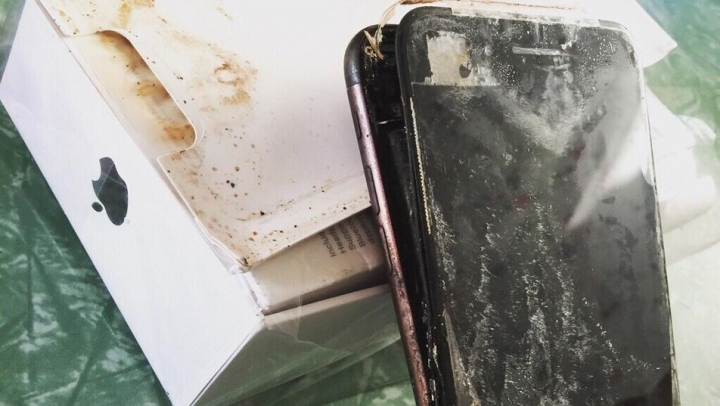 An iPhone has exploded on its way to its owner, in a grim echo of the problems afflicting Samsung’s new Note 7.

Pictures of the phone – which appears to have set on fire, exploded apart and burnt the packaging it comes in – are spreading like wildfire online. Many appear to fear that the problems that hit the new Note 7 might be more widespread, and affecting Apple’s newest smartphone too.

Reddit user “kroopthesnoop” posted pictures of the broken back iPhone 7 Plus. “Something happened between the factory and delivery,” the user said, indicating that the problem happened on its journey rather than once it was being used.