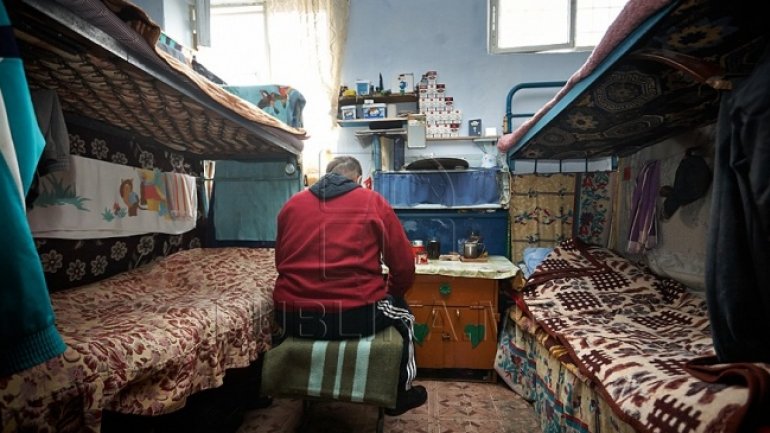 The Justice Ministry waits for the Parliament to adopt a bill providing compensations for prisoners. However it’s the inmates awaiting the law most since they will get rewarded for inhuman and degrading treatment.

The punishments will be decreased or they will get by 100 lei for every day in precarious conditions in jail.

The bad smell because of overcrowding, of mold and of toilets in cells is something customary in Penitentiary 13 from Chisinau, where as many as 1050 expects to be prosecuted.

A person staying there gets less space than the norm. There are now 60 women there.

Complaints from the inmates invoking the degrading conditions have kept flowing to the ECHR for years. The state has been obliged to pay up to half a million euro in a total of 45 cases. The ECHR keeps asking for minimum conditions for the Moldovan inmates.

"In the first cases the damages were assessed at EUR3,000-5,000. Then, at EUR10,000. In case they see the government does not respond they increase the penalties," says Lilian Apostol, a former governmental agent at the ECHR.

Now, the Justice Ministry has developed a draft law providing for compensations for the poor conditions.

"It’s a matter of much money, but it’s more expensive to lose at the ECHR,” explains Justice deputy minister Anatolie Munteanu.

The law also provides for building a new prison in Chisinau’s outskirts, to accommodate 1,600 detainees.

As many as 7,700 inmates serve sentences in those 17 Moldovan jails.