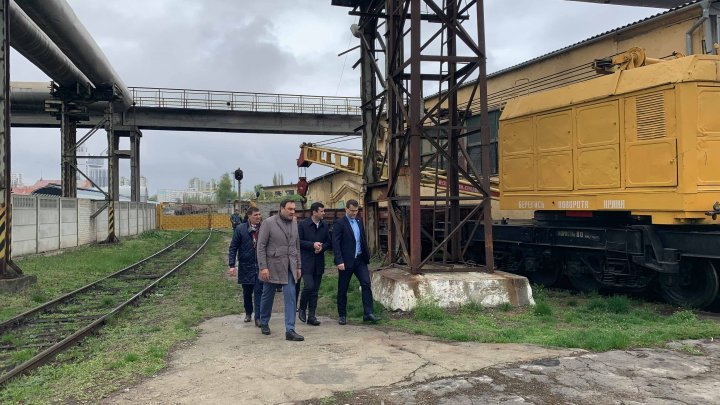 Preferential tariffs will be imposed on companies transporting materials by rail for project Good Roads for Moldova. The Moldovan Economy Minister Chiril Gaburici discussed this topic with the representatives of the Moldovan Railway Enterprise (MRE).

"Meanwhile, the number of heavy vehicles on national roads will decrease, so we will prevent the asphalt damage on the roads. The railways will increase its revenues", said Chiril Gaburici.

According to MRE Commercial Director Grigore Condurache, 700 wagons were used to transport building materials in 2018.

"The number of available wagons has increased considerably this year. We have now over 1000 unused wagons which could transport raw materials for road repair", said Grigore Condurache.

In 2018, companies transporting goods on Moldovan territory benefited from tariffs starting with 3 cents a ton per kilometer. The fee varied according to the type of construction materials, the quantity and the type of wagon.