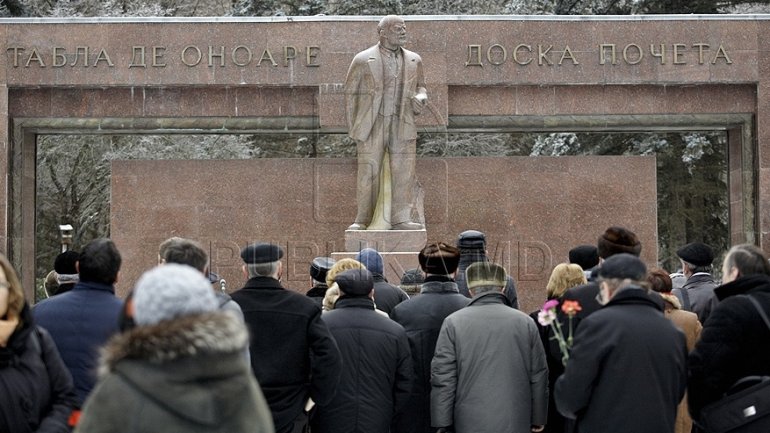 With flowers and nostalgic speeches. Today Communists commemorated 93 years from the death of Bolshevik leader Vladimir Lenin. Among those who came to the monument was PCRM president Vladimir Voronin.

Accompanied by several members of the party, Voronin laid flowers at the monument of the first leader of the Soviet Union. Party leader expressed his admiration for the Russian revolutionary:

"Here two, three nationalities and cannot understand man with man today, yet Lenin knew and was able to unite so many people."

Few people come to commemorate Lenin, especially elders, who spoke with nostalgia about the Soviet Union and Lenin.

Vladimir Lenin was born on April 22, 1870 and died at the age of 54 years. He led the Bolshevik Party of the Soviet Union.