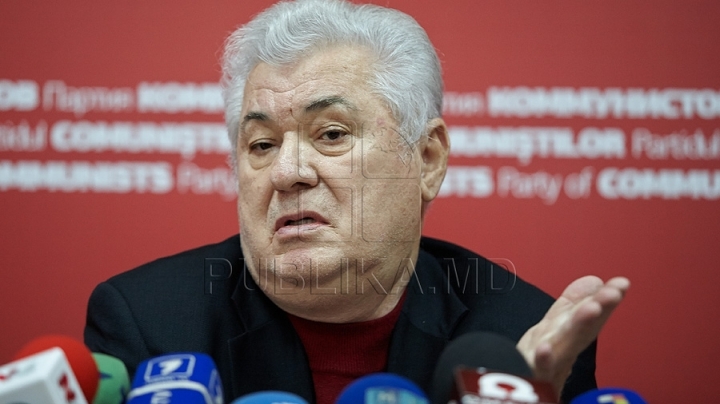 Communist Party will not participate at the presidential elections this fall.

The announcement was done today by the leader of the Communist Party, Vladimir Voronin, after the meeting of the Political Executive Committee of the Party. He declared that the party will not propose any nominee for the elections on 30 October 2016 and will advise people not to go to elections.

The leader of the communists claims that the elections which will take place are not constitutional, and the future president will be illegitimate, as all the decrees signed by him.

PUBLIKA.MD reminds that on 4 march 2016, the Constitution Court has decided that the next president has to be chosen through direct vote by the nation and not the Parliament.

The magistrates have established that the present procedure of choosing the president in not constitutional and have decided to come back to the practice foreseen in the Supreme law until 2000.