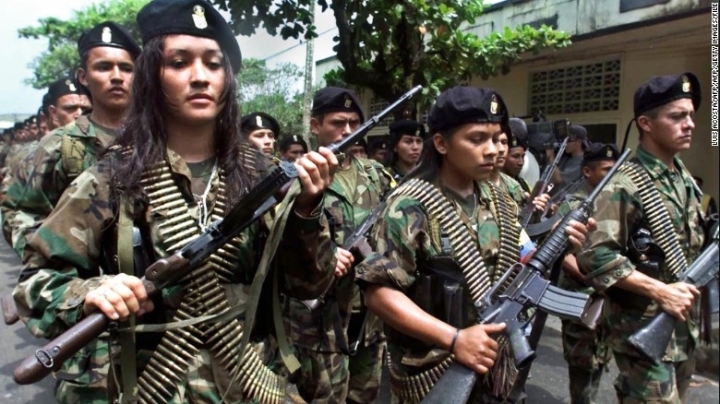 Child soldiers were released Saturday by Marxist rebels in Colombia as part of a potential peace deal with the government, CNN reports.

FARC rebels freed 13 minors from their ranks as part of a deal that could see the end of the 52-year civil war that has claimed 220,000 lives, according to the International Committee of the Red Cross, which received the youths.

The ICRC already turned over eight of the children to UNICEF Colombia, which said they were in good health.

"The girls and boys were received in establishments suitable for the process of reestablishment of their rights," the organization said, "so that they are able to develop in the best conditions possible."

The ICRC said the five remaining minors will also be handed over to UNICEF Colombia.

Neither UNICEF nor the ICRC identified the children, saying that "discretion is key to the success of such missions," which are expected to continue under a treaty between FARC and the Colombian government.

For decades, the rebels have forced children to become soldiers, training them as guerrillas to lay mines and fight.

In some cases, minors have been kidnapped. But other minors, particularly those who live in remote, marginalized and impoverished areas of Colombia, have been lured into the group by the prospect of food and shelter, according to Natalie Springer, author of a 2012 study called "Like Lambs Among Wolves."