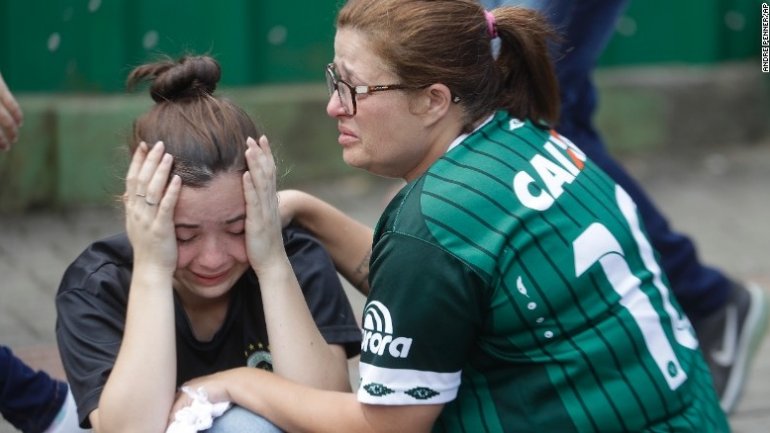 Thousands of grieving football fans have paid tribute to the Brazilian team which lost most of its players in a plane crash in Colombia.They filled the Chapecoense stadium in Brazil’s remote south chanting the names of those who died.

The team had been flying to what was to be the biggest match in their history – the final of the Copa Sudamericana, according to euronews.com.

Their opponents, Colombian team Atletico Nacional, have offered to concede the game to ensure Chapecoense are declared the champions.