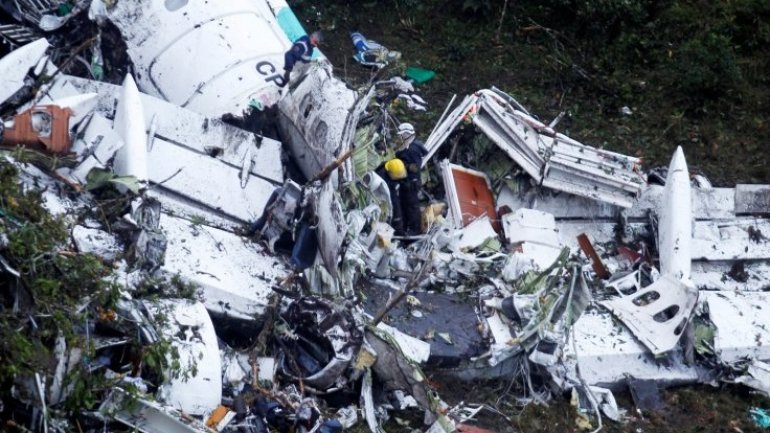 The two flight recorders, or black boxes, of the doomed plane that crashed in Colombia have been recovered from the crash site. The flight data and cockpit voice recordings could throw light on the exact cause of the incident, ibtimes.co.uk reports.

Colombian authorities have confirmed finding the black boxes of the charter flight but are unsure how long it will take to analyse its contents. The Colombia civil aviation agency said the recorders are in "perfect shape".

The Lamia aircraft, en route to Bolivia from Brazil with 77 people on board, declared an electrical emergency when it was five minutes away from its final destination. Among the passengers were players and coaches of Brazil's Chapecoense football club.

Football-crazy Brazil has declared three days of mourning over the incident. The Colombian government has also offered support to the "families of the victims and Brazil". All football matches in South America have been cancelled in a show of solidarity to the victims.