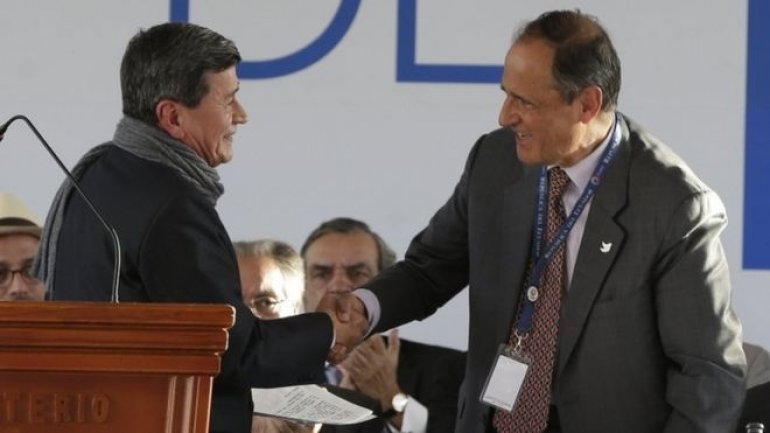 The negotiations were launched at a ceremony in the capital of Ecuador, Quito, where the talks will be held.

Delegates stood side by side as the Colombian national anthem was played.

The talks come just months after the government signed a peace agreement with Colombia's largest rebel group, the Farc.

The chief ELN negotiator, Pablo Beltran, urged both sides to rally around the points that united them and leave aside their differences.