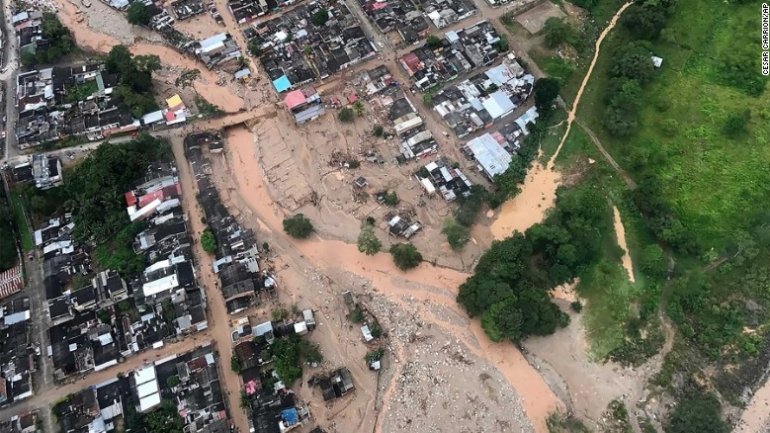 Gabriel Umaña, a spokesman for the Colombian Red Cross, told CNN 234 people had died and 220 are missing.

He said at least 202 people were injured and 300 families displaced. Twenty-five houses were destroyed.

President Juan Manuel Santos told reporters at the scene it was impossible to predict the number of deaths.

"Unfortunately, it is possible that the number of deaths will go up because we have a lot of missing people," Santos said on local TV channel Cable Noticias.