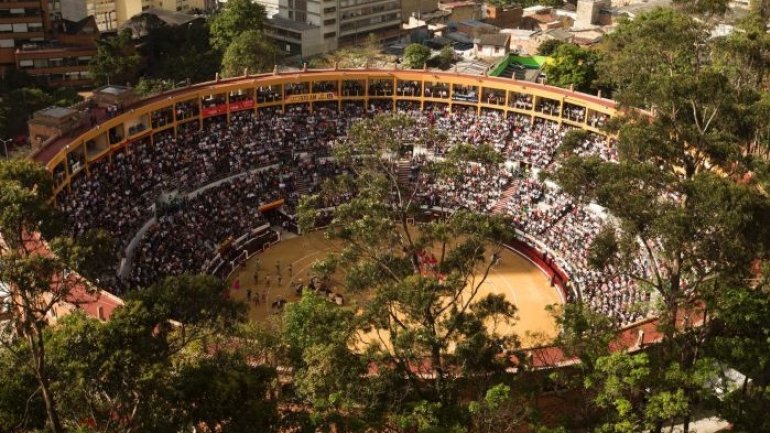 Colombia’s highest court is to consider a national ban on bullfighting just days after protesters battled with riot police as they tried to disrupt the first bullfight in the country’s capital city in four years.

Officers used pepper spray and tear gas against the demonstrators on Sunday as they shouted “murderers” and “torturers” at bullfighting enthusiasts on their way to Bogota’s iconic redbrick bull ring.

The constitutional court ruled in 2015 that bullfighting was part of Colombia’s cultural heritage and could not be banned. But on Wednesday, that same court will debate an opinion by one of its magistrates which reportedly argues that the practice violates Colombian laws against mistreatment of animals.

The court is also studying a separate case that asks the court should penalise any actions related to abuse of animals not only in bullfighting but in cock fights and rodeo-type games where animals can be mistreated.

A 2016 law already declared animals “sentient beings” that should receive “special protection against suffering and pain, especially that caused directly or indirectly by humans”, informs The Guardian.

Bullfighting was banned in Bogotá in 2012, but the current mayor, Enrique Peñalosa has said that he is bound to uphold the court’s ruling by renting the bull ring to the bullfighters association.

Peñalosa – who opposes bullfighting – supports proposed legislation that would seek to “mitigate pain in bullfighting” and would give municipal officials the power to ban them in their localities.

Previous attempts to pass legislation in congress banning the practice outright have run aground in committee hearings.