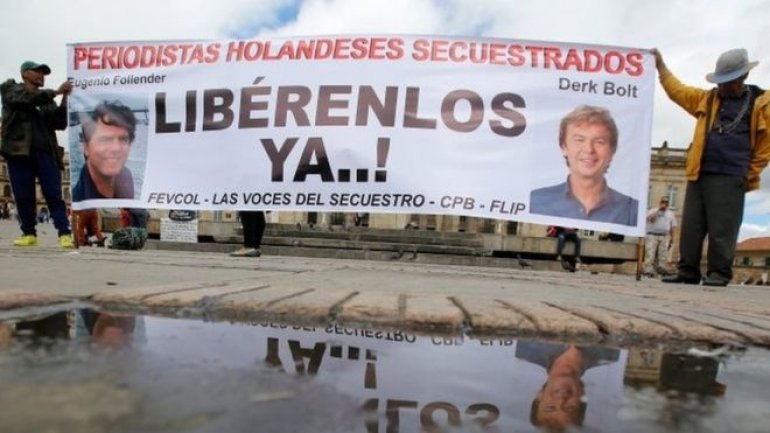 Two Dutch journalists seized in Colombia last weekend by ELN rebels have not been released yet, the left-wing group told the BBC.

The ELN earlier said Derk Bolt and Eugenio Follender had been "freed in perfect condition".

The Dutch embassy in Colombia told the BBC it had no information about the reported release.

It is feared the kidnappings could disrupt peace talks the left-wing ELN is holding with the government.

The ELN (National Liberation Army) said earlier on Friday that the journalists had been freed, but it later added that it "couldn't properly corroborate" this.

Mr Bolt and Mr Follender were near El Tarra in the Catatumbo region, near the border with Venezuela, searching for the mother of a Colombian child adopted in the Netherlands.