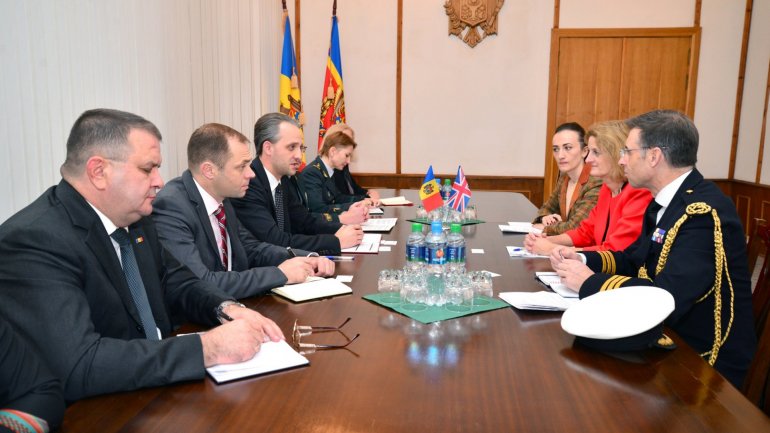 Defense Minister, Eugen Sturza and United Kingdom of Great Britain and Northern Ireland ambassador to Moldova, Lucy Joyce have spoken today of military cooperation between the two countries during a meeting at the Defense Ministry.

Eugen Sturza expressed his pleasure toward Great Britain's offer to assist the implementation of Defence Capacity Building Initiative - DCBI and for contributing to the linguistics training of soldiers for participation in the peace maintaining mission KFOR in Kosovo.

Eugen Sturza has also expressed gratitude toward the invitation and Great Britain's support for military students in "Cambrian Patrol 2017", a drill to which our National Army has participated for the first time.

Ambassador Lucy Joyce also mentioned that Great Britain is always open for cooperation with Ministry of Defense and will continue to support the reforms and modernization the new administration aims for.

In the end, the officials have agreed to deepen the collaboration between the two armies.