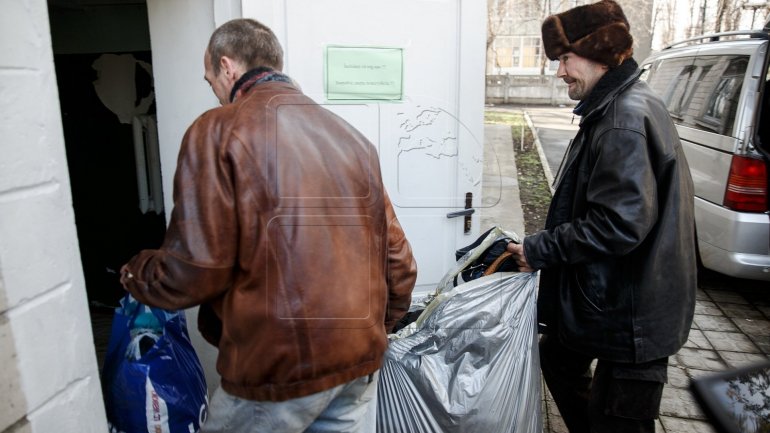 The cold weather is forcing homeless people to seek the Shelter form the Capital. As during the night, temperatures drop below 0 degrees Celsius, the institution was sought by more people than it can take in.

Despite lack of places, the administration is not refusing anyone. People are glad that they have a place to go warm up and receive a free hot meal.

Vagrants claim that the Center's employees offer them everything they need:

"I was given clean sheets. There is everything."

Some of them are brought to the shelter by police officers:

"I was in Stăuceni and called the police, it was very cold."

"A person requested to be taken to the Homeless Shelter. We transported the person and handed over to the Center's employees" an officer declared.

The Homeless Shelter has place for 70 people. Last night, it hosted around 90 persons.