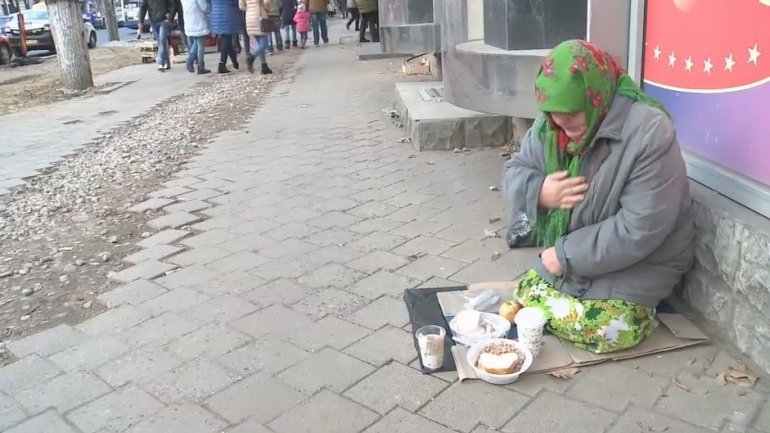 Due to low temperatures for the past few days people from the street were made to seek refuge in homeless shelters from the Capital. There, they can enjoy warmth, but little food and underwear.

Radu came here two years ago. On a winter night he nearly lost his life because of the cold. A miracle saved him, but he lost both legs as a result.

"This shelter is a savior when it is cold. There is nowhere else we can go, because we have no home, nowhere to live" the homeless declared.

Dozens of people seek refuge in the shelter.

"This is out home. It is nice here, with warm water and food, not to mention it is clean."

"I like it here. We have a roof over our heads and that's the most important."

"During the cold season there are twice as many people here" doctor from the Homeless shelter, Vera Cepoi said.

The homeless shelter can take up to 70 people and it's working day and night. In case of necessity, beds can be added.

"We set some makeshift beds and tried to accept everyone. We didn't wish to leave anyone out" Vera Cepoi added.

Still, many homeless people chose to sleep in apartment blocks or at terminals than go to a shelter.

"It is nice here. You can warm up and nobody is chasing you out."

"We do not wish to leave them, they are people. We can't throw them out."

One of the homeless men was bewildered when we offered them money for bread.

-Can you buy bread with them?

-You can purchase bread, or pastry.

In Republic of Moldova reside around 4 000 homeless people.