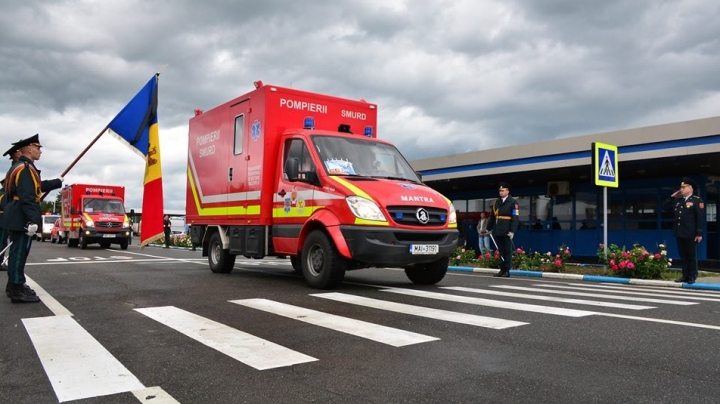 The coffin with the body of Voicu Socae, copilot of SMURD chopper crashed on Thursday in Moldova, was brought to Bacau during the night from Friday to Saturday, being placed in the Chapel of the Church "Holy Resurrection", where it was waited by his family, friends, Emergency Situation Service workers, according to agerpres.ro

The crew that brought the body of the SMURD rescuer from Iasi to Bacau was accompanied by the state secretary Raed Arafat, who expressed his condolences to the family.

Captain-commander Voicu Socae (37 years old), chopper pilot, was in the military since 2003, and since 2008 he was employed by the Ministry of Interior.

The had an experience of helicopter flying  of 1,480 hours, was a graduate of Aerial Forces Academy "Henri Coanda" from Brasov. He was married, with two kids.

Together with Voicu Socae, in the tragedy have died also the physician Mihaela Dumea, nurse Gabriel Sandu, and commander Doru Gavril, all from Iasi.

The funeral of the victims will be held on Sunday.