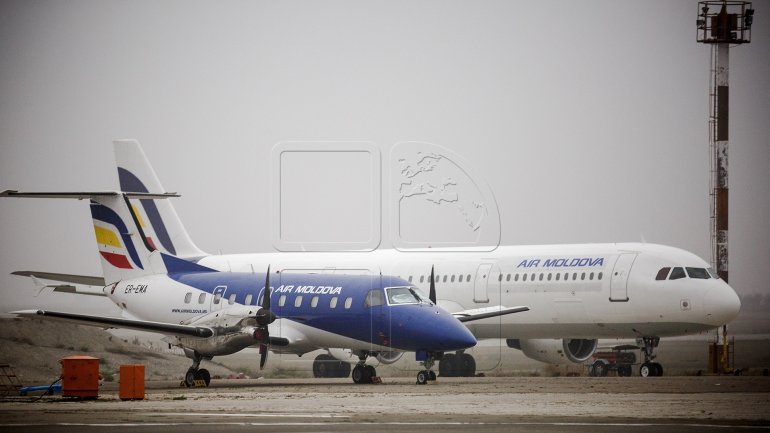 Turkish Airlines and Air Moldova have signed a codeshare agreement that would become effective from Jan. 29, the national flag carrier announced on Wednesday.

In a statement, Turkish Airlines said: "Through this codeshare partnership, Turkish Airlines and Air Moldova will reciprocally add their flight codes on Istanbul-Kishinev, vice versa, flights operated by both parties."

The agreement allows two or more airlines to list certain flights in a reservation system under each other's names.

According to the company, joint flights will offer fast and convenient connections for customers leaving Istanbul, the biggest Turkish city and also an important flight hub in the region, to Kishinev.

"Moreover, taking into account the complementary structure of timetables of both carriers and agreement working reciprocally; it will allow both airlines’ customers to enjoy seamless connectivity in their respective hubs," the airline added.

"As we already have a beneficial cooperation, we believe that, this agreement will improve our already good relations and enhance our commercial cooperation to the next level," Eksi said, adding:

"With the introduction of joint flights between both parties, passengers would enjoy more travel alternatives between Moldova and Turkey through the combined flights."

Air Moldova is pleased to upgrade its long-lasting collaboration with Turkish Airlines through the codeshare agreement, Iulian Scorpan, general director of the largest airline and flag carrier of the Republic of Moldova, said in the statement.

"We highly appreciate this cooperation and intend to capitalize on it in providing additional travel solutions to our customer base," Scorpan said.

"We also expect to give a boost to the business environments of Moldova and Turkey in realization of their investment projects in both countries.”

Turkish Airlines currently has more than 330 aircraft (passenger and cargo) flying to over 300 destinations in 120 countries. The airline was named “Best Airline in Europe” by Skytrax for six years in a row between 2011 and 2016.