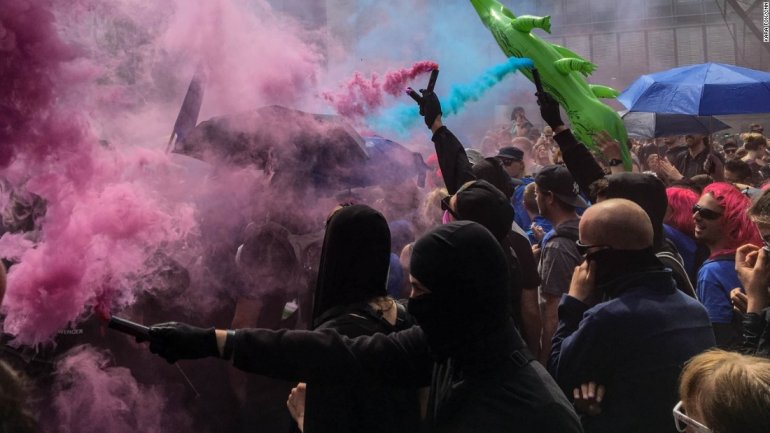 On Friday morning, a coalition of protest groups organized as "Block G20 -- Colour the Red Zone" attempted to break through into the restricted area.
Group organizer and political scientist Alexis Passadakis, 40, told CNN that the aim of the protest was "disturb the summit."
Passadakis said the G20 is "illegitimate with no basis in international law. We don't want a partnership of governance where there's a complete lack of transparency."