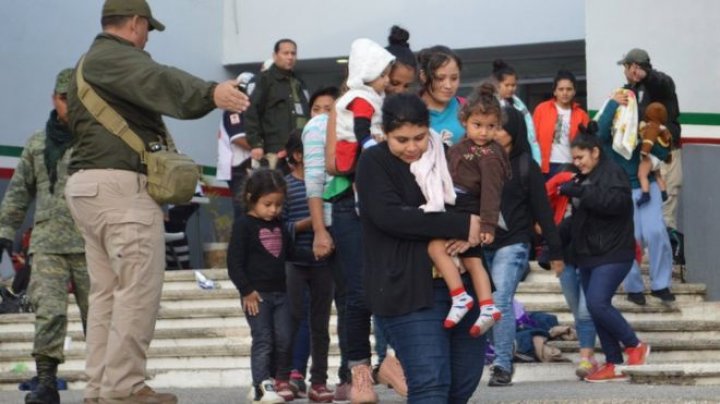 Nearly 200 undocumented migrants from Central America have been found hidden in a lorry without food or water in north-eastern Mexico, wrote BBC.

The men, women and children were found crammed into the truck in Tamaulipas state just south of the Texas border, officials said.

They had travelled from Guatemala, Honduras and El Salvador and were bound for the US.

Three people have been arrested on suspicion of human trafficking.

Mexican police said the lorry was stopped at a checkpoint and scanners detected the people hidden inside. They had no food, water or proper ventilation. Twenty-four of the migrants were unaccompanied children, officials added.

Last month more than 170 undocumented Central Americans were taken into custody in the states of Coahuila and Tamaulipas.

Guatemala, Honduras and El Salvador are a major source of illegal migrants being smuggled into the US.

President Donald Trump has vowed to crackdown on all immigration, legal and illegal, and is pressing ahead with controversial plans for a wall along the Mexican border.