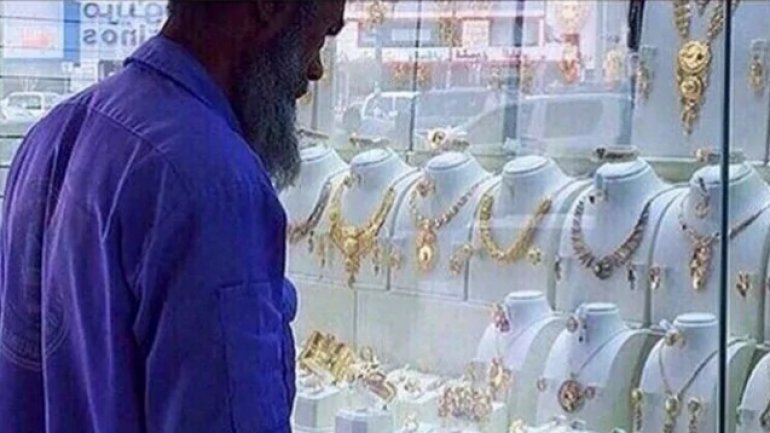 A cleaner who was mocked online for looking at gold chains in a shop window has been showered with gifts after an online campaign, the Telegraph reports.

Bangladeshi cleaner Nazer al-Islam Abdul Karim, 65, was ridiculed for looking wistfully into the window of a jewelry shop in Saudi Arabia.

An Instagram user took a photograph of him and wrote: "This man deserves to only look at rubbish".

Abdullah Al-Qahtani, who has a Twitter account called Ensaneyat, which means humanitarianism in Arabic, set out to find him.

They posted the picture in the hope he would make himself known.

Others shared the photograph across the Internet in their quest to help the cleaner.

Some were able to identify his location from the reflection of the shop in the window.

Mr Karim was not aware his photograph was taken, or that this search was taking place.

"I was just doing my job as a cleaner in the municipality and found myself in front of the gold shop. I am very happy about the gifts and very thankful," he told CNN .

38-year-old Al-Qahtani said money is still being sent to Karim as well as bags of rice and honey, return tickets to his home country and two smartphones, an iPhone 7 and a Samsung galaxy.

The cleaner was also allowed to choose his own set of gold chains and earrings.

Mr Al-Qahtani posted pictures of the cleaner and his new gifts on Twitter.

He told CNN he was impressed by the efforts to find the man, and the kindness he was shown by strangers.