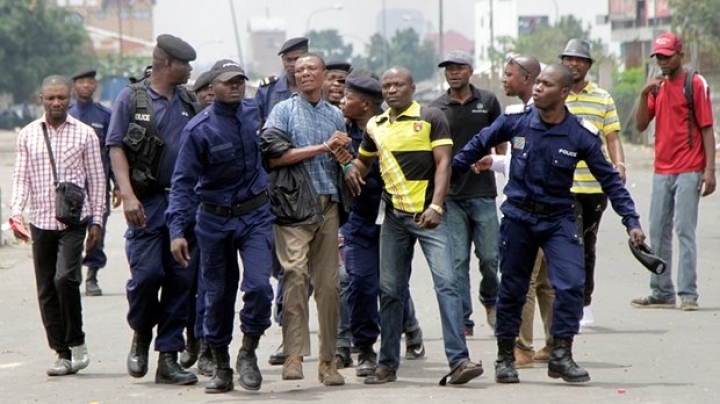 Police and demonstrators have clashed in the Democratic Republic of the Congo, in the latest round of violence sparked by the ongoing political crisis in the troubled central African state, reports The Guardian.

Opposition groups said more than 50 people died on Monday in clashes in the capital, Kinshasa. The government said at least 17 people had been killed but warned that the toll could rise further.

Witnesses said protesters had beaten at least one police officer to death.

Four people were also killed when the headquarters of three DRC opposition parties were torched overnight and early on Tuesday, Agence France-Presse reported.

The DRC has suffered repeated bouts of unrest since the president, Joseph Kabila, announced that elections scheduled for later this year would be delayed.

Opponents say Kabila, whose second term in power expires in December, is trying to cling to power undemocratically. His supporters say logistical and financial constraints mean it is impossible to hold fair polls as planned.

A witness from the Reuters news agency said police had fired into the crowd in Kinshasa.

Bruno Tshibala, a spokesman for an opposition party, said activists had recorded several deaths and that he had seen four bodies piled up in the office of an allied faction.

Kabila took over as leader of the DRC less than two weeks after his father, Laurent, was shot by a bodyguard in the presidential palace in 2001. He was elected president in disputed polls in 2006 and again in 2011. The DRC’s constitution bars a third term.

Western states, including the US, have told Kabila to stick to the election calendar.