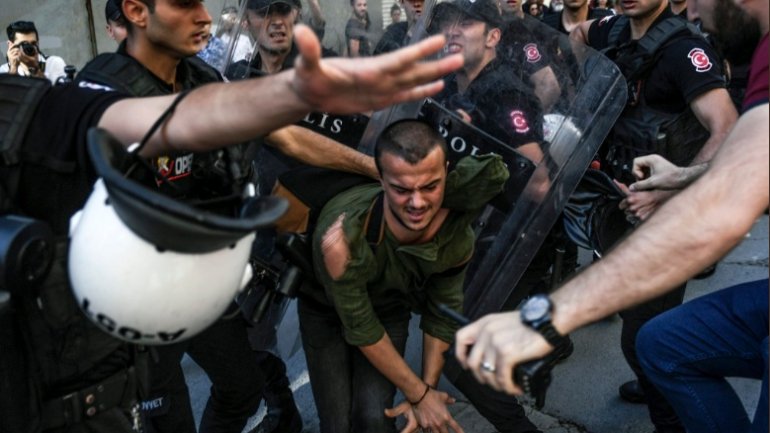 Police with riot shields and helmets sealed off entrances to Istiklal Street, where organisers had planned to hold the rally before authorities announced the ban on Saturday, citing security concerns after threats from an ultra-nationalist group.

Footage posted on the internet also appeared to show them firing tear gas at one location.

Istanbul’s pride march attracted tens of thousands of people in the past, making it one of the biggest in the Muslim world. But in 2015 it was broken up by police and it was banned last year.