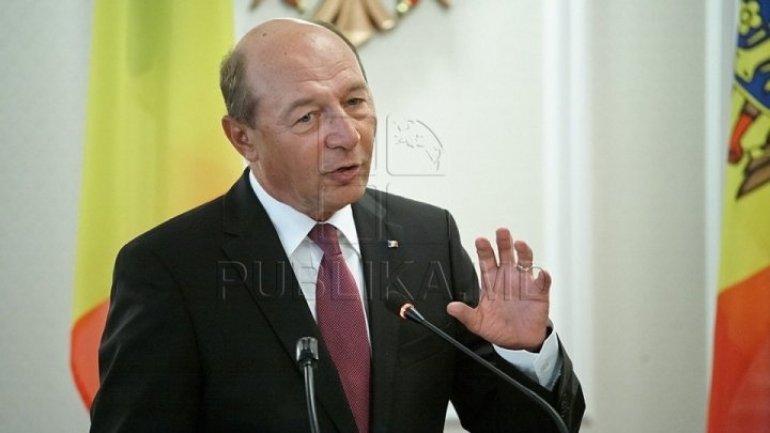 Former Romanian President Traian Basescu could be declared persona non grata in Moldova. The head of state, Igor Dodon, has announced that several committees within the Civil Society Council to the president have called for a procedure in this regard.

According to Dodon, the State Consolidation and Reintegration Commission found that Traian Basescu, the honorary president of the National Unity Party, is challenging national security and creating impediments to the settlement of the Transnistrian conflict.

Another argument is that the former head of state creates preconditions for mass disorder and provokes tensions in interethnic relations that lead to the split of society.

Therefore, the law enforcement and the Foreign Ministry decided to declare Basescu undesirable on the territory of the Republic of Moldova.

Moreover, the members of the Commission proposed amending the legislation, providing for criminal penalties for persons and parties who plead for the liquidation of statehood in the interest of a foreign state.

Traian Basescu did not answer the phone to comment on the situation. Meanwhile, Deputy Constantin Codreanu of the Bucharest Legislature asked the Minister of Justice and the Foreign Affairs of Romania to inform whether the six Socialist deputies from Chisinau filed requests for renunciation of Romanian citizenship. These are Alla Dolin, Corneliu Furculita, Anatolie Labunet, Radu Mudreac, Ghenadi Mitriuc and Adrian Lebedinschi.

Last week, they said they had submitted such requests but received no response, so they still benefit from Romania's citizenship.