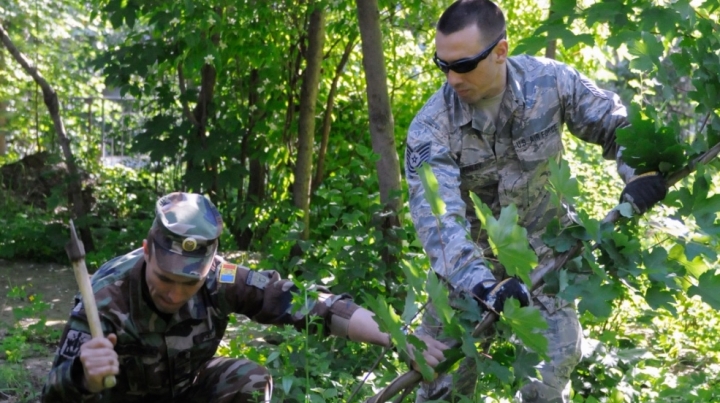 Airmen from the Kentucky Air National Guard began refurbishing the only school for hearing-impaired students here June 3, working in partnership with officials from the Republic of Moldova and U.S. European Command.

The humanitarian project will demolish the existing kitchen at Special School #12, update electrical service and plumbing, and install new tile, appliances and an improved food preparation area, according to U.S. Air Force Lt. Col. Phillip Howard, commander of the Kentucky Air Guard’s 123rd Civil Engineer Squadron. Outside the school, a new basketball court will be added.

“We’re here to improve the school for the students, and that’s the most important thing for us,” Howard said of his unit, which is based in Louisville, Kentucky. “We want to do everything we can to make this a great project for the community.”

At the same time, the project also provides the Kentucky Air Guardsmen with “an outstanding opportunity to train in a deployed environment while strengthening bilateral relations with our Moldovan colleagues,” Howard said. “We’re excited to be here and excited about the project.”

Working side by side with the Airmen are five Moldovan National Army soldiers stationed at the Military Academy of the Moldovan National Army. The Academy is providing living quarters for more than 35 Kentucky Airmen during the project, which is sponsored by the Office of Defense Cooperation Moldova and U.S. European Command, with funding provided by the National Guard Bureau.