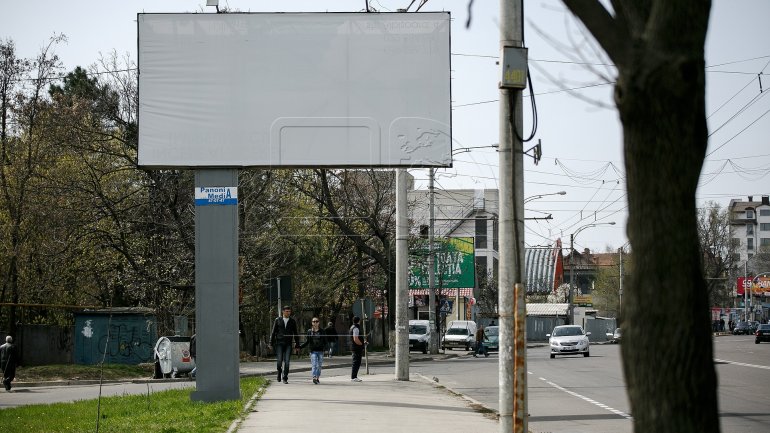 The capital authorities start a new fight against billboards. At the meeting of the City Hall, the Mayor Dorin Chirtoaca said the expiring contracts will not be prolonged. In response, the owners of the billboards say that the decision is illegal and that they will complain in the Government.

"The authorizations of the  large majority should expire till June. According to the rules, 30 days before the deadline they will be announced about no extend of permits" , said the mayor,  Dorin Chirtoaca.

Advertisers believes that the provision violates the City Hall's own regulations.

"There are rules for determining the place where they can be placed, what distance from each other or from the road" , said director of the Association of Advertising Agencies, Galina Zablovscaia.

The removal of billboards in the capital started last year.  Over 200 billboards have been removed during several months.

Many residents of the capital welcome the authorities' decision.

Over a hundred owners of panels are already preparing a complaint to be sent to City Hall and several ministries.

If the owners refuse to dismantle the construction panels, the City Hall will take care of them.