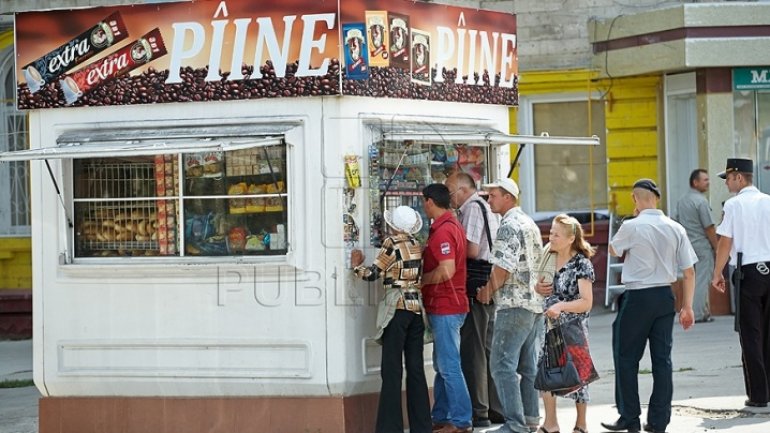 New booths and trailers appeared on some streets of capital although the capital stopped issuing operating licenses for this commercial type.

In this context, the City Hall representatives pledge to control and take necessary measures to evacuate them as soon as possible.

12 booths at a distance of nearly 50 meters. Another thirteenth one now is ready to welcome clients overnight, against the law, however. The mentioned booth is located on intersection between Teilor and Dacia Boulevard, right in Botanica Sector.

Residents in the area say that the new boutique has appeared at the end of August.

"When I passed in the evening, there was nothing there. Only in next morning, new construction was surprisingly lifted up."

And the residents on Trandafirilor Street in the Botanica sector woke up in the morning, astonishing at appearance of new caravan near the playground.

"The booth appeared on the late night of Sunday."

Neither the owner of trailer nor the representative of sector was not found for comments.

Deputy Mayor Nistor Grozavu informed us that he had become aware of these cases and all necessary measures would be taken shortly.

Chisinau City Hall has permanently stopped issuing operating licenses for new booths, located or relocated on the streets of the city.