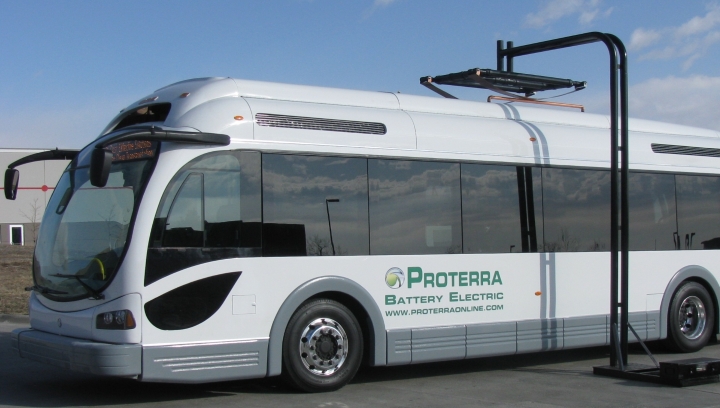 Electric car sales are on the rise, but that's not the only place where electric vehicles are starting to make a mark.

Proterra, a maker of heavy-duty electric vehicles, announced Monday that its latest bus can travel between 194 and 350 miles on a charge. Its previous buses maxed out at 193 miles per charge.

Proterra believes its bus, called the Catalyst E2, is capable of handling the workload of nearly every U.S. mass transit route on a single charge. The bus, which can cost in excess of $800,000, stores up to 660 KWh of energy -- that's 10 times the energy of the standard Tesla Model S.

Proterra's buses are currently in 10 cities, and it has sold more than 312 vehicles to 35 different municipal, university, and commercial transit agencies in North America.
The company's 2015 sales matched its sales from its first 10 years combined, according to Popple.