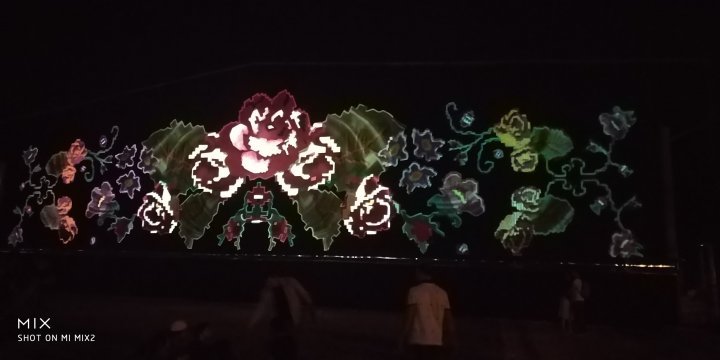 The carpet in the center of Chisinau was inaugurated on Friday night.

It's not an ordinary carpet but a mural on a surface of 300 square meters made in the style of traditional Moldovan carpets.

A team of painters have been involved in this process. On the launch, a light show was projected onto the building.

The author of the engraving, Nicolae Morozov says he wants to remind the inhabitants and the guests of the capital about our traditions.

"We use carpets everywhere. We cover our walls, in the houses. I also have carpet in my apartment, I feel proud of it", said designer Nicolae Morozov.

Approximately 250 kilograms of paint are used to paint the painting.

"I made a palette of 21 various colors. There are different variations but they have the same tone," explained Nicolae Morozov.

The event gathered dozens of young people, as well as foreign guests, who did not hesitate to keep the moment.

"I like to represent in a way the culture of Moldova and it is super," amazing ".

Foreign guests who passed along appreciated the mural painting.

"It's very nice and interesting. It's the first time I've ever seen anything like this since I was in Moldova. "

The independent candidate for Chisinau Mayor, Silvia Radu also joined the realization of this masterpiece.

The painting attended by over 200 talented young people, won a contest organized by a mobile phone company in Moldova.