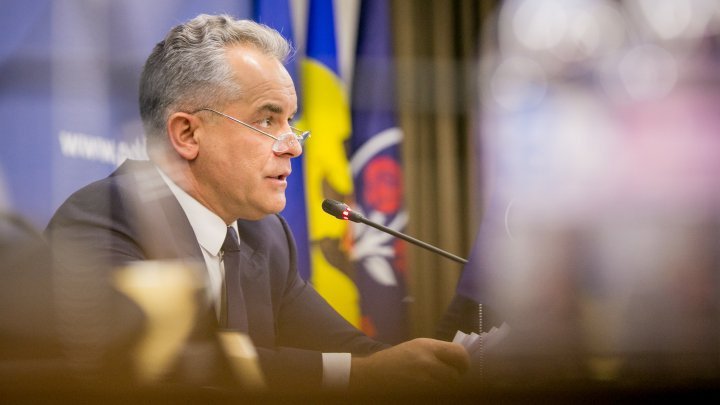 A new poll conducted in February at the initiative of the Democratic Party, confirms that citizens appreciate the government's approach to deal with citizens' issues and leave aside political interests.

The socio-political barometer presented today is conducted every two months in order to test the public opinion about the current work of the government and improvements demanded.

After the IMAS poll was publicized, the PDM president Vlad Plahotniuc said that "this appreciation of our citizens encourages us to focus our energy and all the human resources to provide the best results for the people."

Vlad Plahotniuc announced that the first decision after this survey was to further strengthen this approach, this change of attitude towards the citizens.

Accordingly, the meetings between party representatives and citizens should follow new principle so that all citizens can be involved in forming the priorities in government agenda.

Therefore, PDM deputies and party members shouldn't only make speeches in the meetings but listen to the issues and problems of citizens.

Then a group of party members will analyze and pass them to responsible institutions in order to resolve them.

In this context, the PDM leader encouraged the citizens to address the party members their problems and submit their proposals.

"Thanks to our consistent connection with the citizens, we're sure that we make difference with parties who make scandals on Facebook and TV", Vlad Plahotniuc's message to the citizens.

Another important topic discussed in today's PDM meeting was the surprising statements made by an OSCE representative for the solving Transnistria conflict, Franco Frattini, in an interview with Russian media when he was visiting Moscow.

Regarding these statements, PDM thinks that such messages, spoken in Moscow or elsewhere, may damage the process of solving the Transnistrean issues.

"We faced such situations in the past, when only the ambition of international officials to mark a formal success in solving the conflict attempted to impose the signing of certain documents to the disadvantage of the sovereignty and territorial integrity of the Republic of Moldova.

"But we do not understand why now, when we are making real progress for the first time in the last 15 years near both Nistru sides, our efforts and genuine progress in negotiations are thwarted by conjunctural and subversive statements by officials," said Vlad Plahotniuc.
The PDM leader reiterated the withdrawal of Russian troops will remain the priority for Moldova, which we hope to receive international support including Russia.
The resignation of Justice Minister Alexandru Tănase was also the topic discussed in the meeting.
Leader of PDM expressed his regrets that Alexandru Tănase is no longer the Justice Minister, after an intimidation campaign was launched against him.

"It is a pity that he resigned, but we respect this decision and wish to express our gratitude for him accepting to be part of the Government. This subject broke out many speculations, at the same time we understand that in an electoral year, some grab any chance to be noticed. Sooner or later this matter will settle" Vlad Plahotniuc declared.

"At the session of the Party Permanent Bureau, we spoke of candidates for Justice Minister. PDM's candidate is Madam Victoria Iftodi, current judge at the Constitutional Court" Vlad Plahotniuc mentioned.

In the press briefing, Vlad Plahotniuc also announced the launch of the first public-private partnership project, which will attract investments to build ultra-modern multifunctional facilities in Chisinau, which, as estimated by the Government experts, will be completed in a year.
AFLĂ imediat Știrile Publika.MD. Intră pe Telegram